Named after Mills College founder Rev. Cyrus Taggart Mills (1819-1884), who did much to revive Pomona in the two years before his death. Born in Paris, NY, Mills was ordained as a Presbyterian minister in 1848, which is when he married Susan Lincoln Tolman (1825-1912). They soon left for Ceylon (now Sri Lanka) for missionary work. A later stint as president of Oahu College (now Punahou School) got Mills interested in running his own institution, so in 1865 he and Susan bought the Young Ladies Seminary in Benicia, CA, renamed it Mills Seminary, then relocated it in 1871 to land they had purchased near Oakland. It’s not clear why Mills set his sights on Pomona specifically, but in 1882 he picked up hundreds of acres here, then established the Pomona Land & Water Company (with Moses L. Wicks) and Pomona Bank, bringing the moribund young town back to life. During his final months, Mills – who never actually lived here – suffered from a decaying elbow joint; hours after having his lower right arm amputated, he died of shock. Mills Ave. was named in 1886. 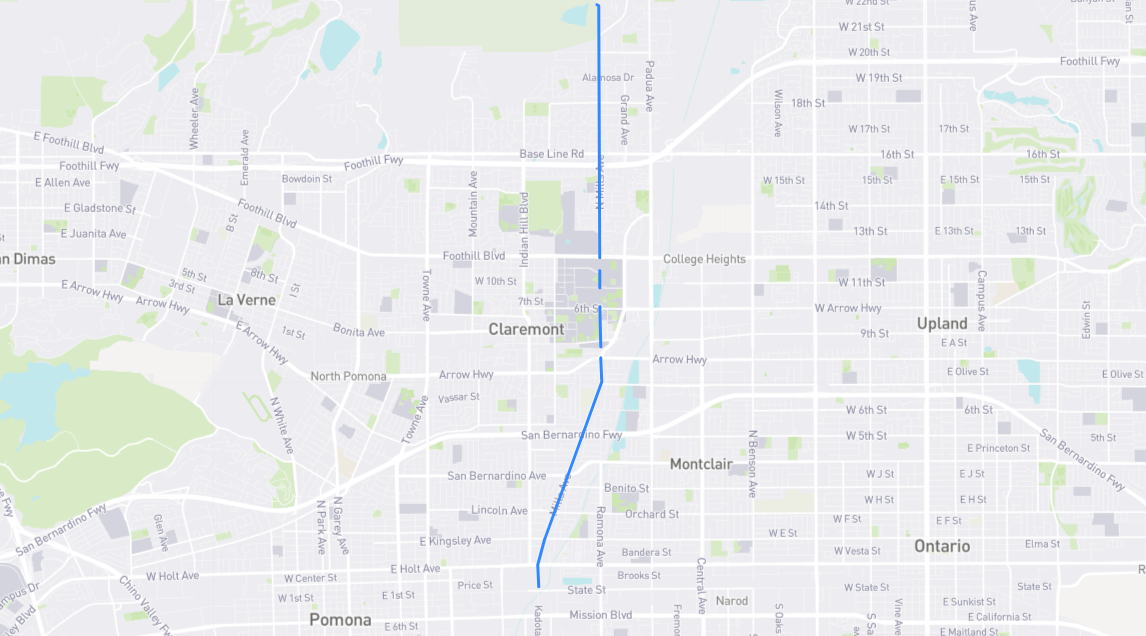