Attorney George Clinton Gibbs (1812-1883) was a founding member of the syndicate that bought the land and set up the towns of Pomona and Artesia in 1875. Details on Gibbs’s early life are scant, but it’s believed he was born near Lodi, NY and married the former Elmina Halsey (1813-1892) in 1835. Within two years, the couple had relocated to Marshall, MI, where George ran his legal practice and Elmina bore and raised their five kids. (It seems their youngest, Edward, died in childhood.) They went back to New York around 1858, and in 1872 they settled in San Gabriel. Gibbs worked in DTLA as attorney and court commissioner until his death. Pomona’s Elm Street was originally called Elmina Street, in honor of Mrs. Gibbs. 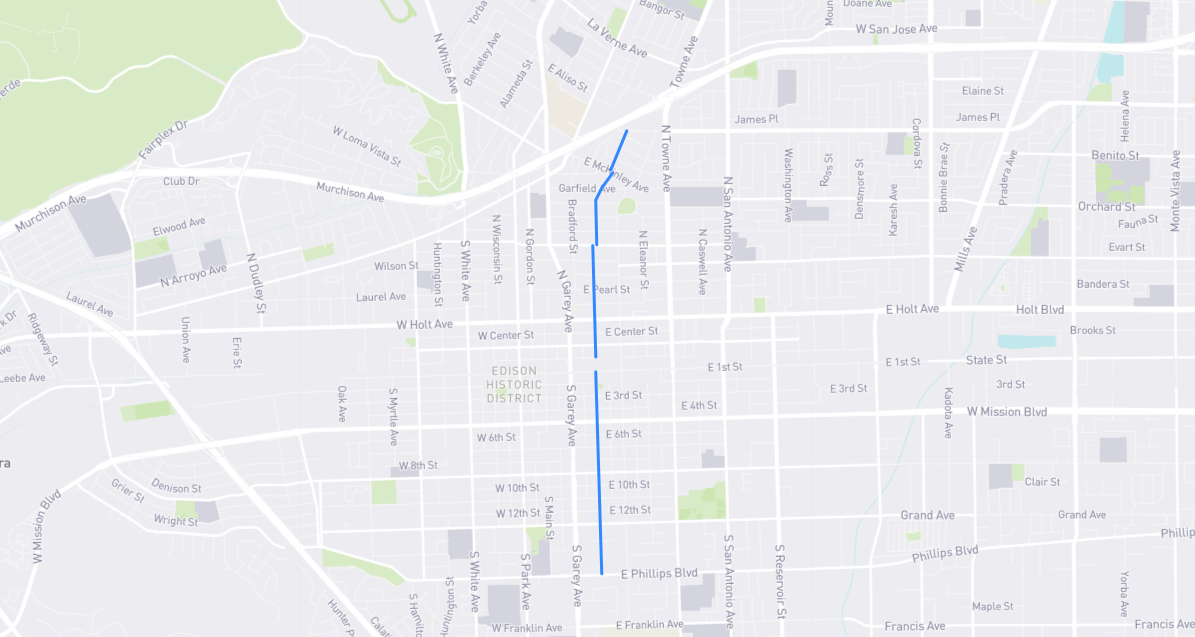