James David “J.D.” Millar Jr. (1876-1944), who opened the Glendale Crest tract here in 1923, named this street after himself. A native of Halifax, Nova Scotia, Millar was one of eight children born to Scottish immigrants Flora and James Millar. He, his mother, and at least three siblings were living in San Francisco by 1897, where J.D. worked as a publisher of sorts. These various Millars – J.D. never married – relocated to Los Angeles ten years later and J.D. soon made his name in real estate. Along with Glendale Crest, he was behind developments in Manhattan Beach, Venice, and Inglewood. His most documented project was Beverly Oaks in Benedict Canyon, on land he purchased in 1927 from A.C. Pillsbury and J.W. Reeves: see Reevesbury Drive. 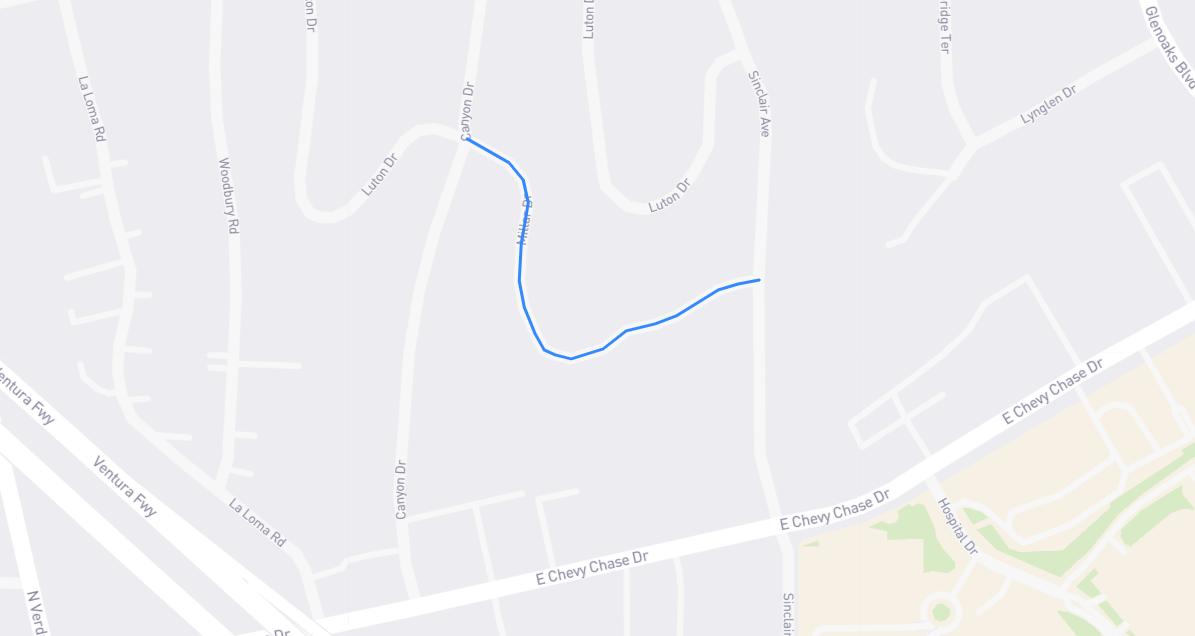