Presumably named for Willbur Fisk (1792-1839), the Vermont-born Methodist minister who served as Wesleyan University’s first president from 1831 until his death. The rationale for my theory, in spite of the obvious spelling disparity, is that Pacific Palisades founder Charles H. Scott, a Methodist pastor himself, named the mostly alphabetical streets – there’s no “J” street, for some reason – in this neighborhood for notable Methodists (except for Carey and Kagawa), especially those with a scholarly bent. Since no one named Fiske comes close to matching Willbur Fisk’s significance in the Methodist Church, he is probably the true namesake of Fiske Street. So why the misspelling? Your guess is as good as mine. 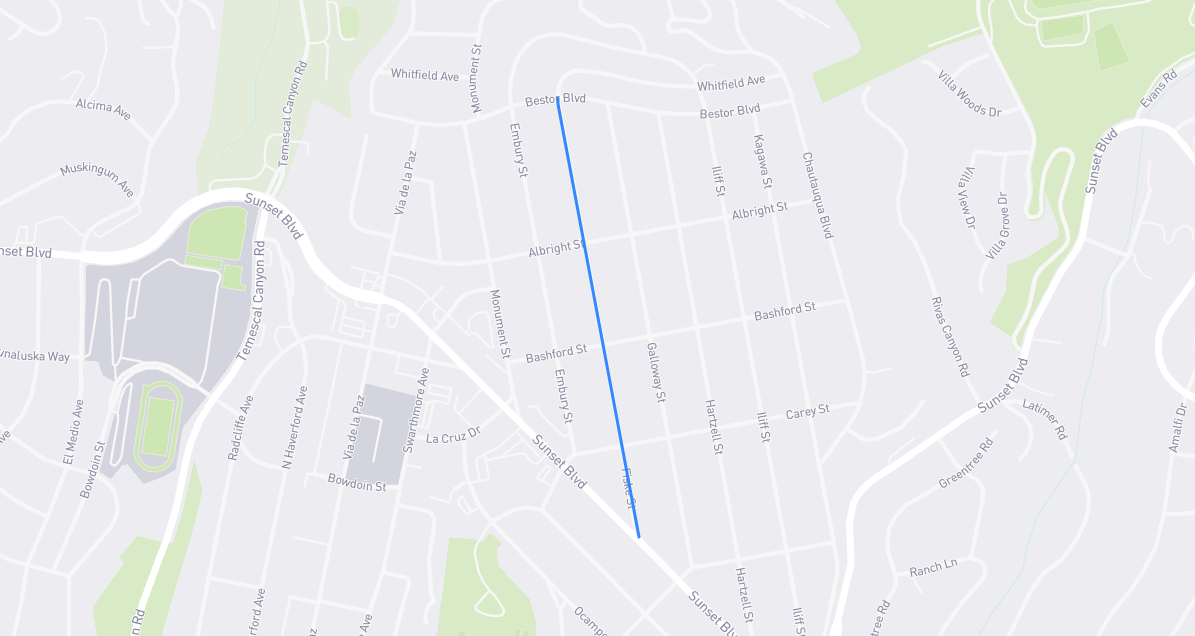