Named for John Wesley Iliff (1831-1878), a Colorado cattle baron who dreamed of opening a Methodist seminary. Iliff’s widow Elizabeth and her second husband Henry White Warren, with a little help from the late Iliff’s vast fortune, opened Denver’s Iliff School of Theology in 1892. This neighborhood has mostly alphabetical streets (except for “J”) that are mostly named for notable Methodists, as Pacific Palisades founder Charles H. Scott was a Methodist pastor himself. 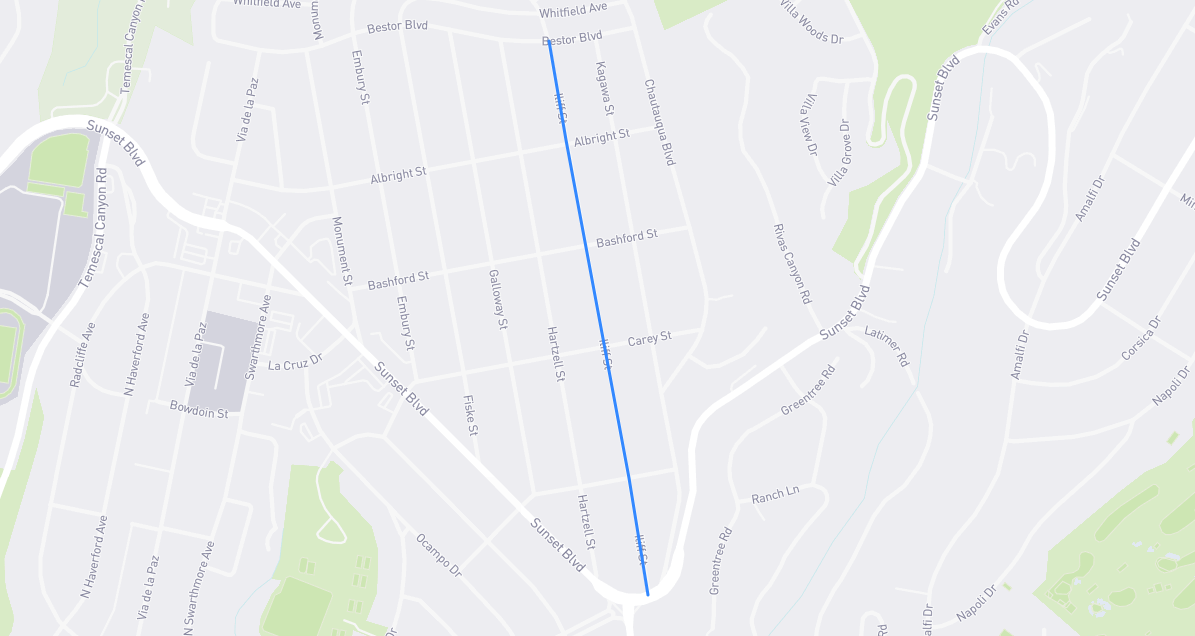