In early 1870, the Los Angeles & San Pedro Railroad added a station between DTLA and Compton and gave it the thankless moniker of “Gravel Pit”. Timetables mentioned Gravel Pit up through July 7th of that year, but on the July 20th timetable, the station was called “Florence”. So we can almost pinpoint the date when Florence was established as an L.A. place name. Unfortunately, there’s no clue as to who coined it or who (or what) was the honoree. Presumably it’s for a member of some pioneer family, but it could also be for the famous city in Tuscany, Italy, since our Florence was then a big grape-growing region. Regardless, a town sprang up around the station and was officially known as Florence in 1871. The “Florence Road” mentioned in 1876 was the likely origin of present-day Florence Avenue, named by 1887 when it already stretched between Main Street and Wilmington Avenue. 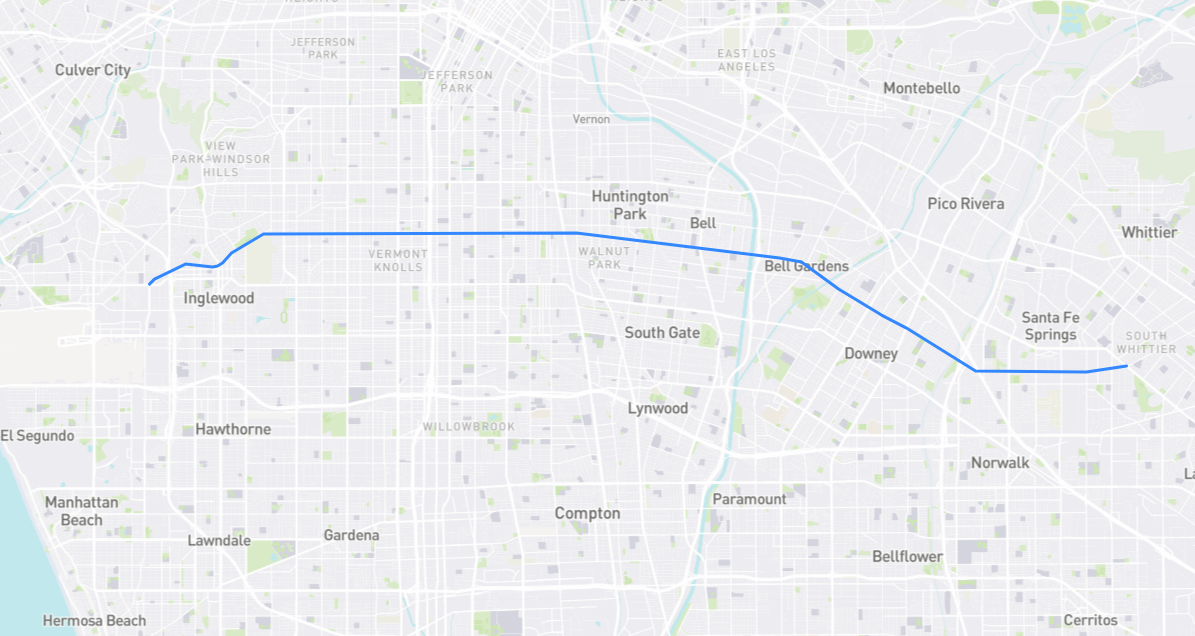