No surprise here: this street, and the tract it was born on, take their names from the Fox studio lot a block away. Fox Hills opened in September 1923. It was owned by the Janss Investment Co., the owners and developers of Westwood, who just so happened to have sold 450 acres of land to the Fox Film Corporation three months earlier. (The studio wouldn’t become 20th Century Fox until 1935.) The Janss brothers had been promoting Westwood as a “Second Hollywood” and were now making good on their promise. By branding their tract and this street with the Fox imprimatur, they hoped to lure in studio employees who wanted to live close to work. Years later, a cash-strapped Fox sold off much of their backlot to be developed into Century City. 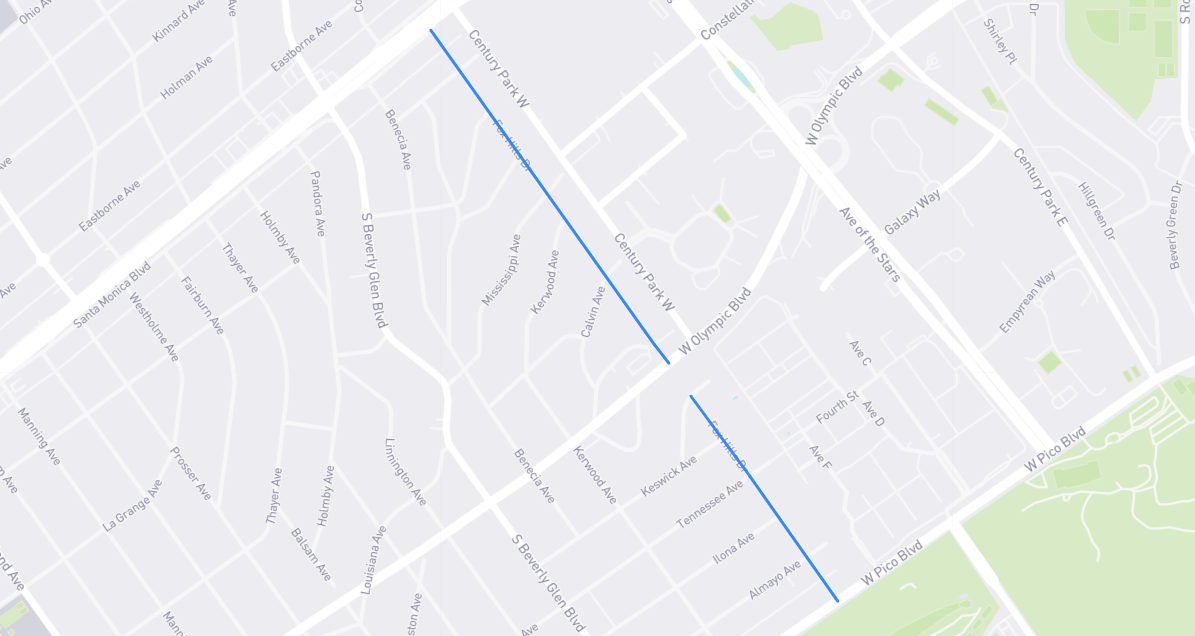