The McLaughlins were a Kansas farming family of 12 who first settled in Compton in the early 1870s. Sons William (1867-1924) and George (1869-1942) eventually owned land in Mar Vista (then called Ballona and/or The Palms), hence McLaughlin Avenue. According to a Mar Vista historian, the McLaughlin boys purchased some 100 acres from John Charnock in 1884. They would have been mere teenagers, so I’m skeptical of that date. Regardless, William was living here by 1888 and became a pillar of the community, serving as the first trustee of Venice High School, but by the time of his death he had relocated to posh Hancock Park with an estate worth $100,000. As for George, he moved from the Downey/Norwalk area to Mar Vista around 1895. A twice-married father of three (daughter Hazel died at 19 from an infected tooth), he built a house on Mountain View Ave. in 1922 and lived there for the rest of his life. McLaughlin Ave. was named by 1920; it later absorbed another street called Eastlane. 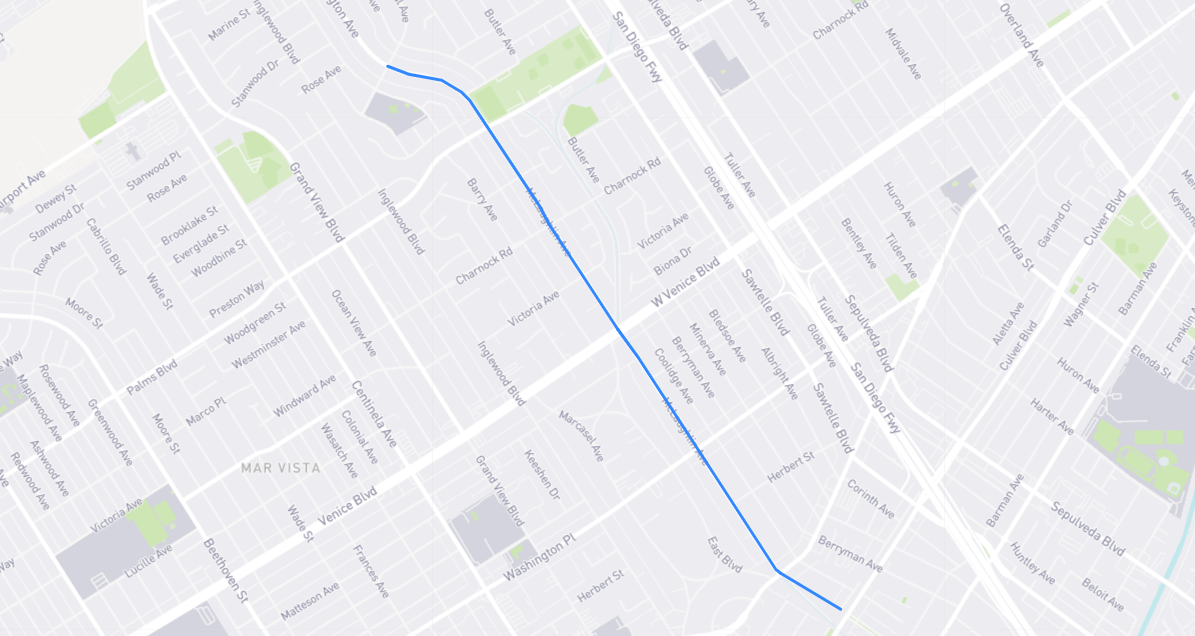