Named for Theresa Henriot’s French boarding school, which opened here in 1876 on land she owned with her husband François. It was the second and final location of L.A.’s first French language school. French Avenue was named in 1886 – and part of nearby Figueroa Street was briefly known as Henriot Street. According to Gilded Age businessman/historian Harris Newmark, Theresa Bry (1822-1891) was raised in Geneva, came to Los Angeles in 1854, and married French gardener François Henriot in 1858. Census records indicate that she was born in Italy, but little else is known about her. The school closed sometime after 1894. Nearby Theresa Street, which is little more than an alley, is named for Madame Henriot. 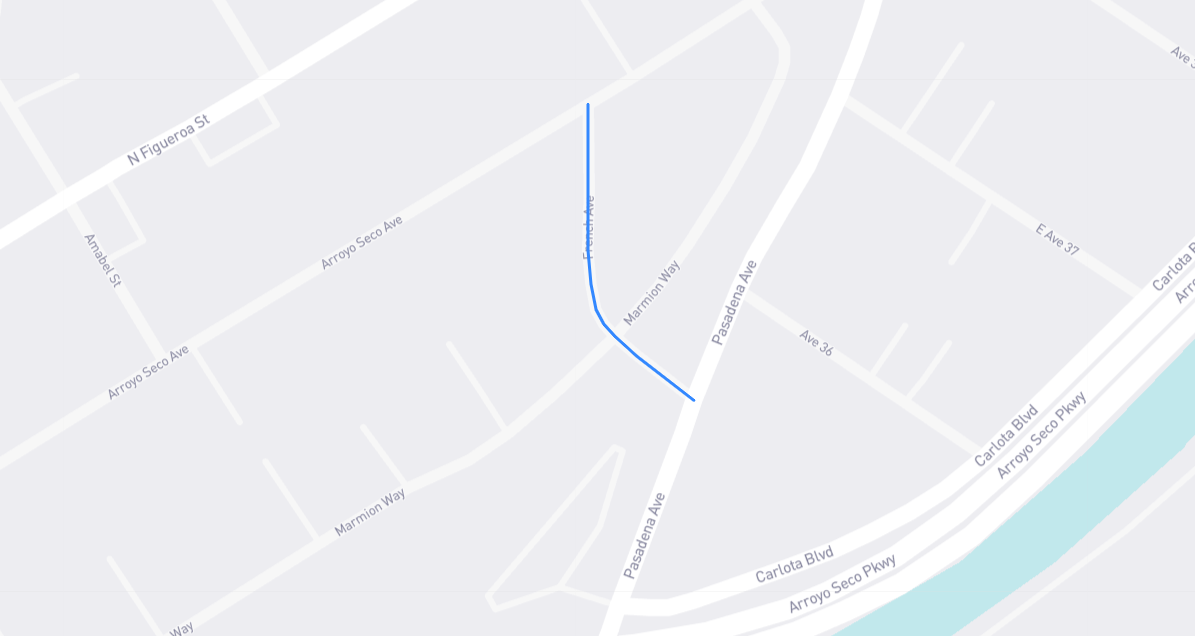