You wouldn’t think there’d be two notable women named Arcadia Bandini in L.A. history, but indeed there were: aunt and niece. The aunt, Arcadia Bandini de Baker (1825-1912), was a wealthy and powerful lady whose name adorns streets elsewhere. The niece, Arcadia Bandini Gaffey (c. 1865-1948), who had lived with her aunt in Santa Monica, married John T. Gaffey in 1887. A few years later, she and her sister Dolores learned of a forgotten inheritance: 340 acres of Sepúlveda land in the middle of San Pedro. The Gaffeys moved here in 1904 – when Arcadia and Dolores christened Bandini Street on their land – and finished their 7 acre estate “La Rambla” at Third and Bandini streets five years later. (Their old property is now a YMCA.) The Gaffeys sadly lost a 5-year-old daughter, Arcadia Anita, in 1895. But the Arcadia name lived on: granddaughter Arcadia Mel was born in 1924. 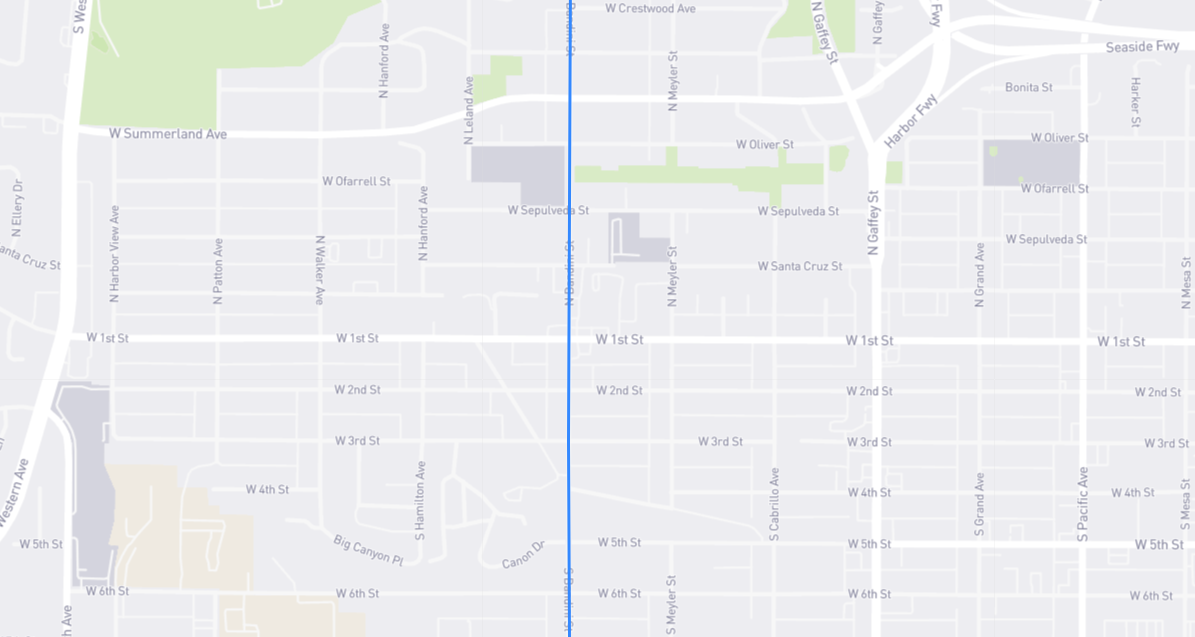