Named for Charles Mills Gayley (1858-1932), a professor of English at UC Berkeley from 1889 until his death. Streets bordering the UCLA campus were named by UC Berkeley engineer Herbert Bismarck Foster (1885-1968), who chose to honor his old teachers at Cal. Gayley was an American citizen born in Shanghai and raised in the British Isles. He obtained his doctorate at the University of Michigan, where he wrote the school’s official song “The Yellow and Blue”. That yellow became California gold when Gayley moved to Berkeley (he wrote their school song “Golden Bear”), and the colors live on at UCLA, although Gayley never taught here himself. 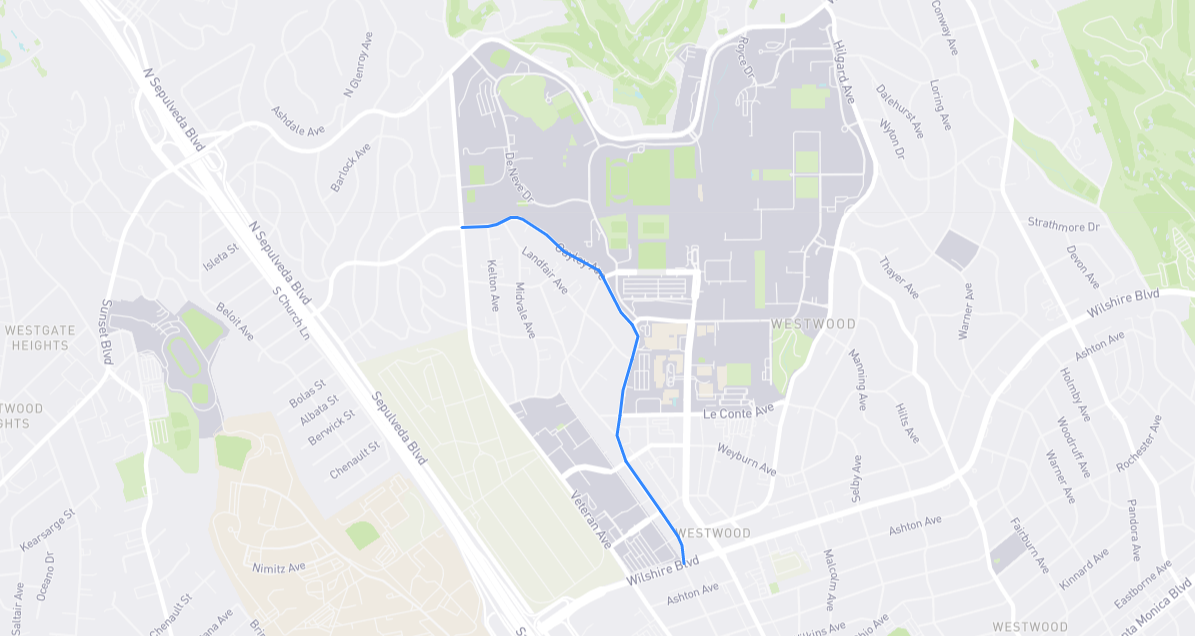