The origins of Westwood‘s street names are maddeningly opaque. Some say they honor employees of the Janss Investment Corp., who owned and subdivided Westwood and Holmby Hills in the 1920s, but I have searched far and wide and could only ascertain two: Hilts Avenue for Harry Hilts and Wilkins Avenue for A. Harold Wilkins (1885-1974). As VP and general sales manager of Janss, Wilkins was as big as you could get at the company without being a Janss brother. The Canadian native first came to L.A. in 1905 and worked for Arthur Letts at The Broadway department store. After a stint in Toronto, he returned to L.A. in 1911 and was soon hired by Edwin and Harold Janss as their advertising manager. As it happened, Harold Janss had just married Arthur Letts’s daughter Gladys; a decade later, the Jansses would buy Letts’s vast property and transform it into Westwood, with Wilkins overseeing sales in Westwood Village. Wilkins grew quite fond of the area: he lived in Holmby Hills from 1928 onward and is even buried in Westwood. 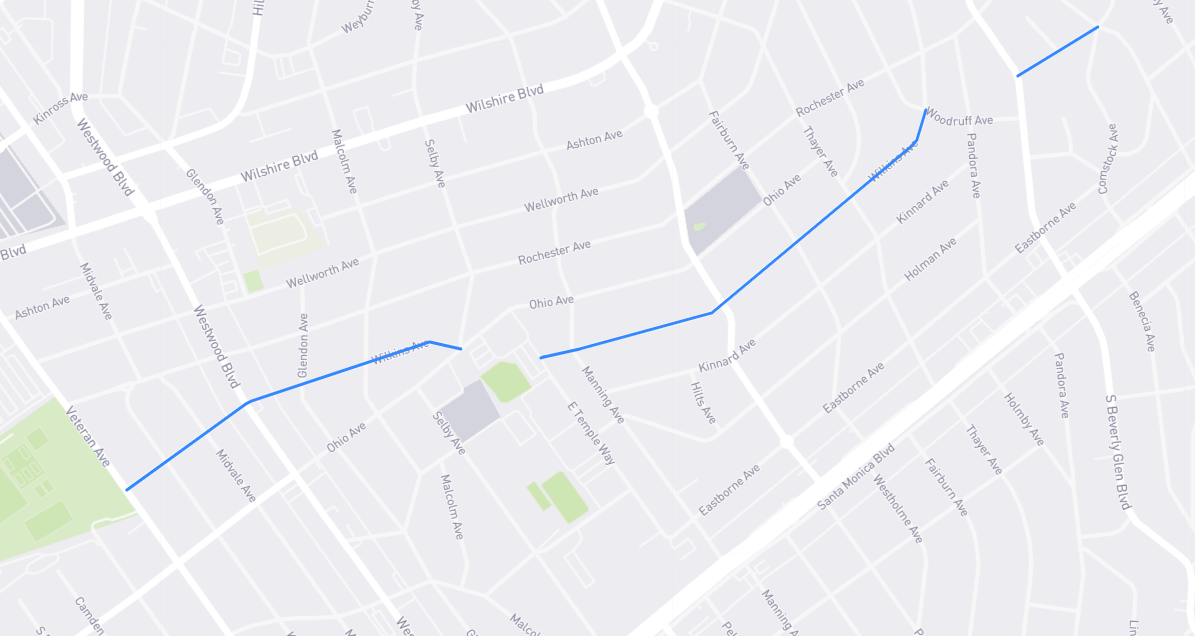