This little street is named for a Hollywood giant: producer Samuel Goldwyn (1879-1974). Born in Warsaw, Goldwyn – whose real surname was Gelbfisz, later Goldfish – came to New York in 1899 and became a top salesman in the glove industry. In 1913, he joined forces with brother-in-law Jesse L. Lasky and aspiring director Cecil B. DeMille to make movies; they headed west and started filming The Squaw Man, the first feature shot in Hollywood, that December. In 1916, the young mogul, still going by Samuel Goldfish, partnered with Broadway bigshots Edgar and Archibald Selwyn to create Goldwyn Pictures; he legally changed his surname to Goldwyn two years later. As an independent producer, Goldwyn made over 130 films, including classics like Dodsworth, The Pride of the Yankees, and The Best Years of Our Lives. The former Patrick Street was renamed Goldwyn Terrace in 1923, as it led to what was then the Goldwyn lot; its tiny bungalows likely housed actors and technicians. Ironically, Sam Goldwyn had already left his namesake studio by this point, and he wasn’t involved when, in 1924, Goldwyn Pictures merged with Metro Pictures and Louis B. Mayer Pictures to form MGM. 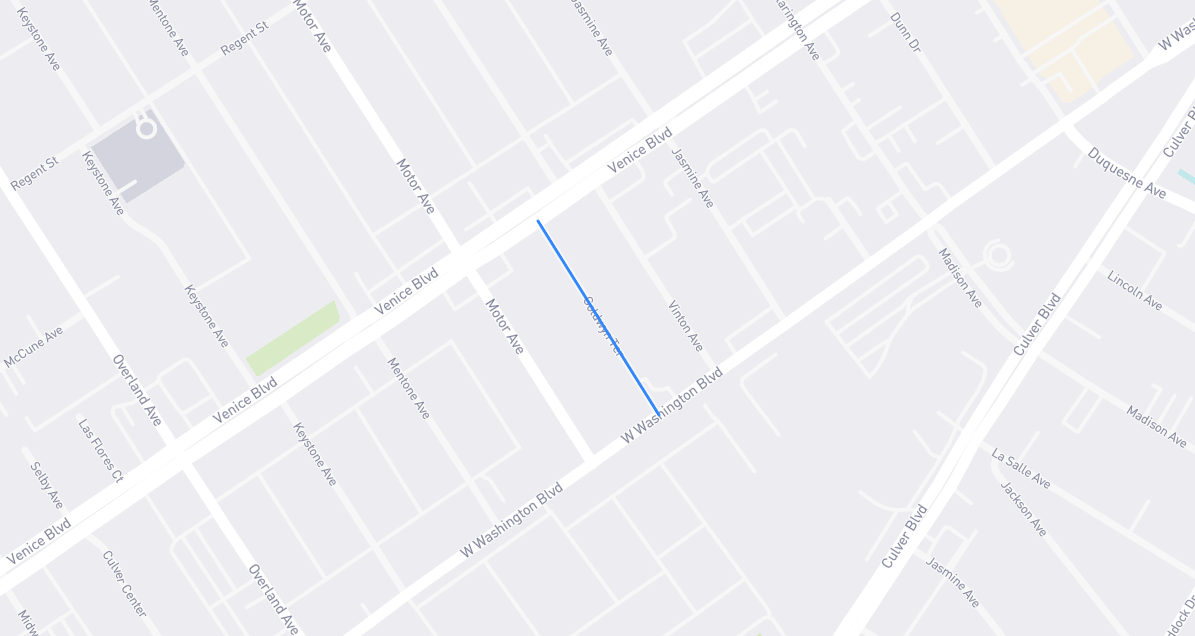