Legendary filmmaker Cecil B. DeMille (1881-1959) once lived on this private drive, named for him in 1926. Cecil Blount de Mille (“DeMille” was his professional spelling; who knows why street signs read “De Mille”?) was a struggling actor in New York when Jesse Lasky and Samuel Goldwyn tapped him to direct The Squaw Man in 1913-1914. It wasn’t just DeMille’s first film; it was the first feature made in Hollywood. DeMille ultimately helmed 70 features, his most famous being his last: 1956’s The Ten Commandments, a remake of his 1923 original. Along with showbiz dominance, DeMille was a key player in L.A. real estate and banking. He bought the late Homer Laughlin‘s mansion in 1916, and a decade later acquired Charlie Chaplin’s house next door. DeMille lived here until his death; his granddaughter Cecilia sold the estate in 1988. 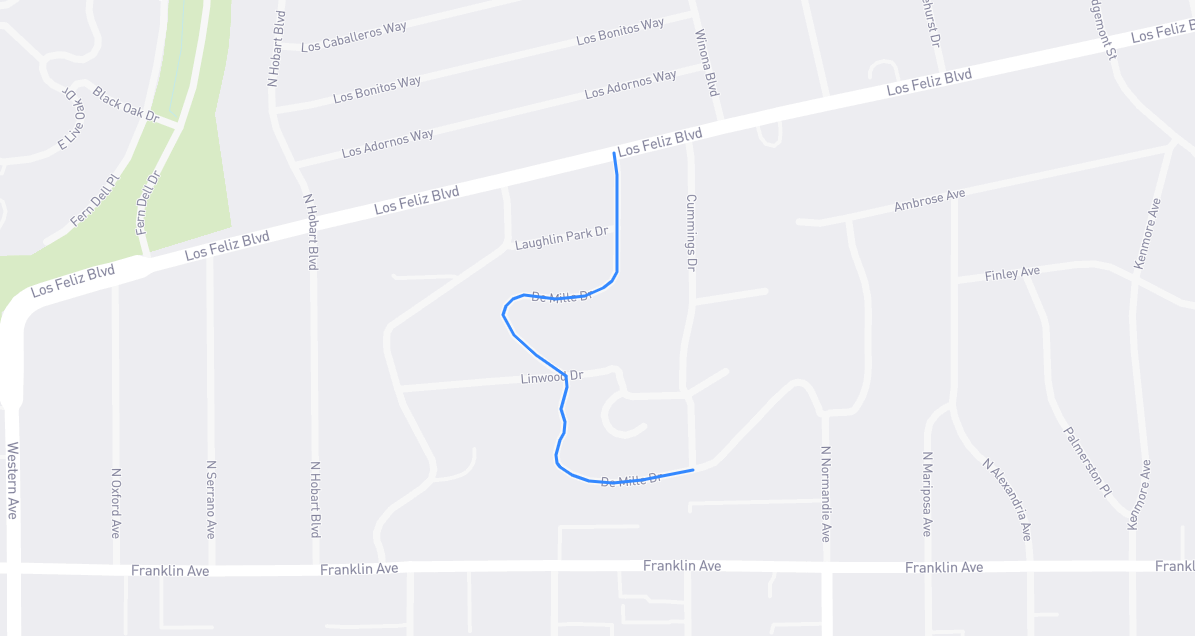