Jesse L. Lasky (1880-1958) was one of the first Hollywood bigwigs to get a street named after him, yet it wasn’t for his movies but for his role in the Beverly Hills Speedway, located here from 1920 until 1924. (Several streets were named for Speedway officers after the track was torn down. See Durant Drive for more.) The San Francisco-born Lasky got into motion pictures after a stint in vaudeville. In 1913-1914, he produced the first feature film ever shot in Hollywood proper: The Squaw Man. (The barn where it was shot is now on Highland as the Hollywood Heritage Museum.) It was not just a first for Lasky but for his soon-to-be-famous partners: brother-in-law Samuel Goldwyn and director Cecil B. DeMille. Lasky later cofounded Paramount Pictures. While his career would suffer several setbacks, and he lost nearly everything in the 1929 stock market crash, Lasky ultimately produced over 600 films. 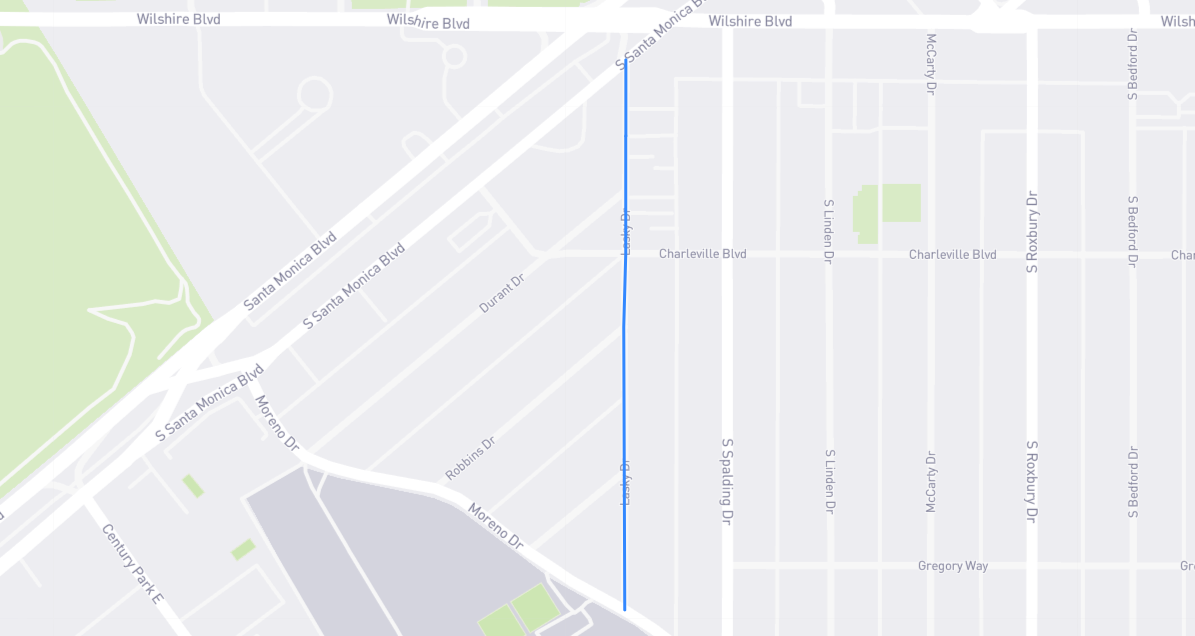