Named for Grace Virginia Whitley (1894-1972) by her father H. J. Whitley in 1902. Thanks to her family’s prominence in early Hollywood, Grace grew up in wealth and comfort. She was just 19 when she married a young insurance man named William Widenham in June 1914. There was a small scandal about this: The two had planned to elope that April, but Grace’s brother Ross Emmett Whitley found out – and knocked Widenham to the ground. (This early tidbit of Hollywood gossip was printed in newspapers throughout the U.S., but not in Los Angeles; H.J. Whitley’s friend Harrison Gray Otis was publisher of the L.A. Times, so go figure.) As their daughter Margaret was born in April 1915, it wasn’t a “they had to get married” scenario. But it was definitely a “they shouldn’t have gotten married” scenario, as the Widenhams divorced in 1920 and Grace reclaimed her maiden name. 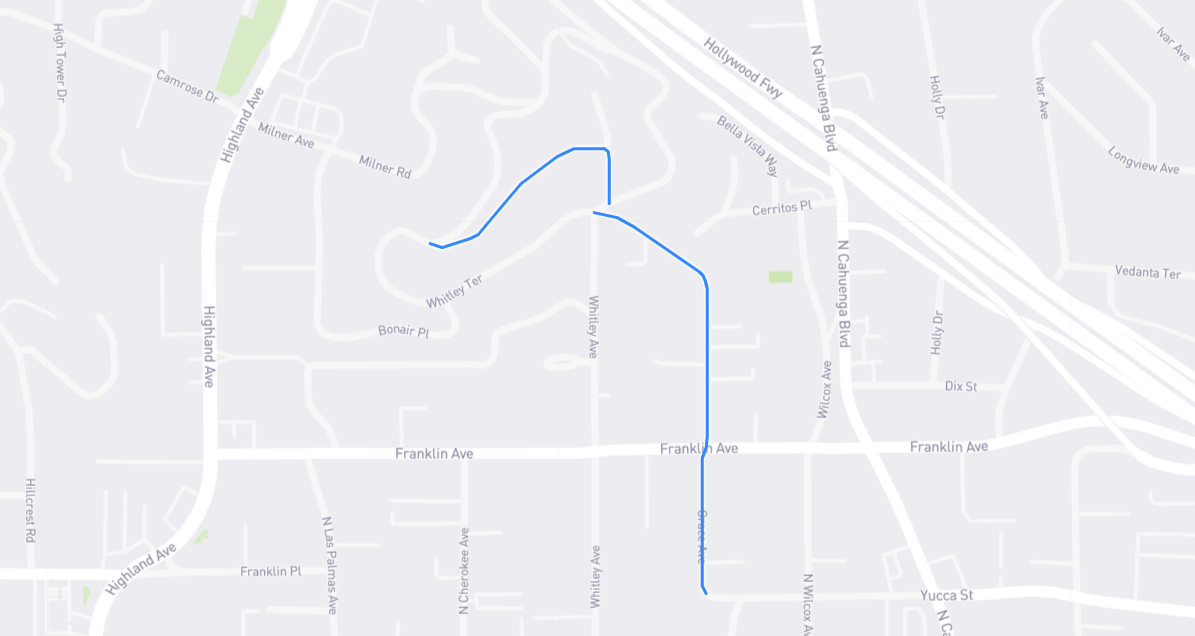