Hobart Johnstone “H.J.” Whitley (1847-1931) was one of the most important developers in Los Angeles. The Toronto-born Whitley came to the U.S. in 1867, where he went from the mercantile business in towns like Flint, Minneapolis, and Bismarck to banking and town building across Oklahoma. His first wife Frances died in childbirth in 1885; for his own health, Whitley relocated to Los Angeles in 1894 with his second wife Margaret (1867-1951). Here he ran a jewelry business while of course jumping right into real estate. His first development was near USC; years later, he set his sights on Hollywood. After building the Ocean View tract in 1900-1905, Whitley transformed the Wilcoxes’ moribund farm town into a bustling suburb. (He was eulogized as the “Father of Hollywood” when he died.) But he didn’t stop there: in 1909, he cofounded the Los Angeles Suburban Homes Company with heavy hitters Harrison Gray Otis, Harry Chandler, Moses Sherman, and Otto F. Brant. They bought half the rural San Fernando Valley from Isaac Van Nuys and the rest is history. Whitley also founded the city of Corcoran in Kings County in 1905, but Hollywood remained his first love – he built his second Tinseltown tract, Whitley Heights, in 1920-1922. He should have stopped there: Whitley went broke trying to develop a new town outside Paso Robles. In any case, he lived on Whitley Terrace and named several nearby streets for loved ones, including Grace Avenue for his daughter, Emmet Terrace for his son, and even Milner Road for his personal secretary. 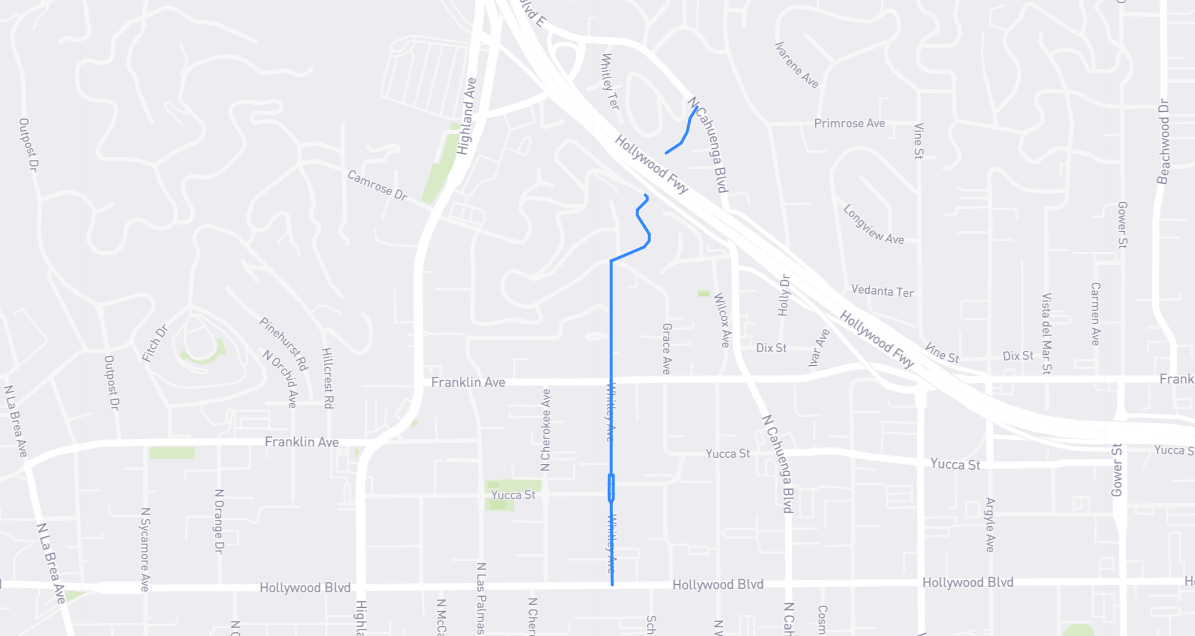