Skip to content
Hilgard Avenue
Westwood
The streets bordering UCLA were named after UC Berkeley professors, courtesy of UC Berkeley engineer Herbert Bismarck Foster (1885-1968), who helped lay out the UCLA campus. Hilgard Ave., for instance, is for Eugene Woldemar Hilgard (1833-1916), a German geologist who was a professor of agricultural chemistry at UC Berkeley – then just called the University of California – from 1874 until 1905. In the scientific community, Hilgard is no mere footnote: he is considered the father of soil science. If that sounds like an arcane field, just ask a winemaker. (Unsurprisingly, Hilgard was a key figure in California’s burgeoning wine industry.) 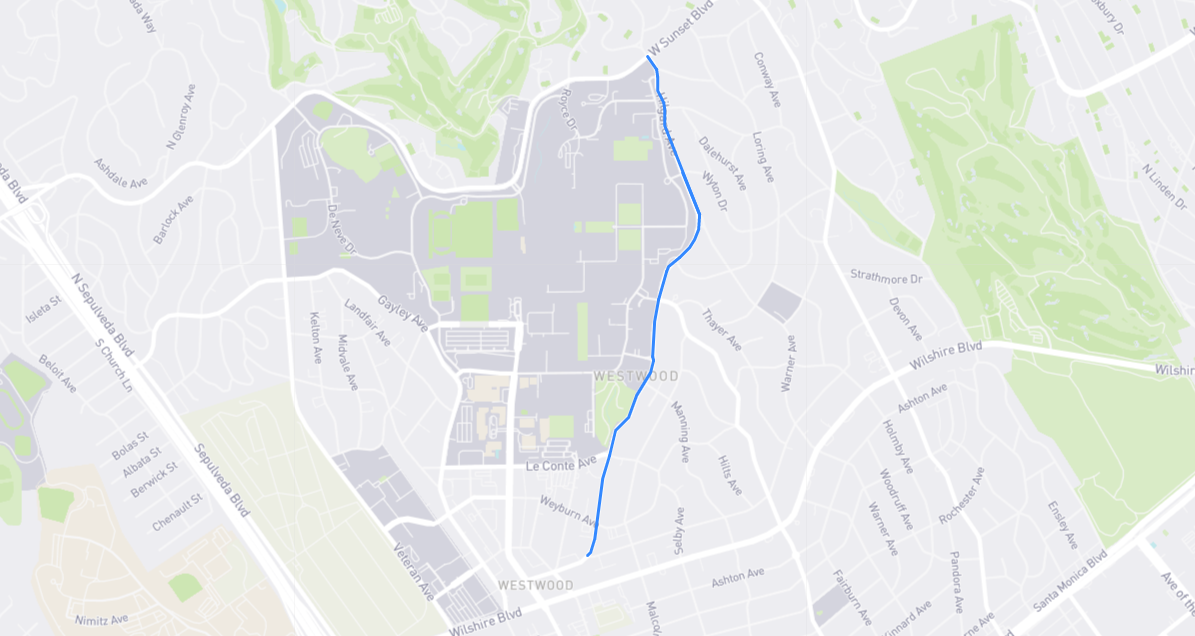