The hilly part of Beverly Glen was once called Brown Canyon, after homesteader Cornelius Brown. In 1910, a wily promoter named Bertram Chapman Mayo (1865-1920) came to town to survey those hills for the Southern Pacific Railroad, who owned the right of way through the canyon. Their plans to lay tracks here from the Valley out to Santa Monica never materialized, so they hired Mayo, who managed the railroad’s Sunset magazine, to subdivide the hills into homes. Well, maybe. That last part’s murky. A 1910 tract map lists B.C. Mayo as sole owner of the land, which he supposedly bought from a guy named Smith. Regardless, it was Mayo who named the tract Beverly Glen, four years after others established the Beverly name. He then hired “200 Hindu laborers” to clear the way for roads and housing; historians believe the workers were in fact Sikhs. Anyway, along with selling regular lots at full price, Mayo, in a signature scheme, offered the less habitable lots at dirt cheap prices – provided that buyers subscribed to Sunset. Beverly Glen Boulevard was christened in 1918 after property owners petitioned to rename Orange Avenue and Brown Canyon Road. 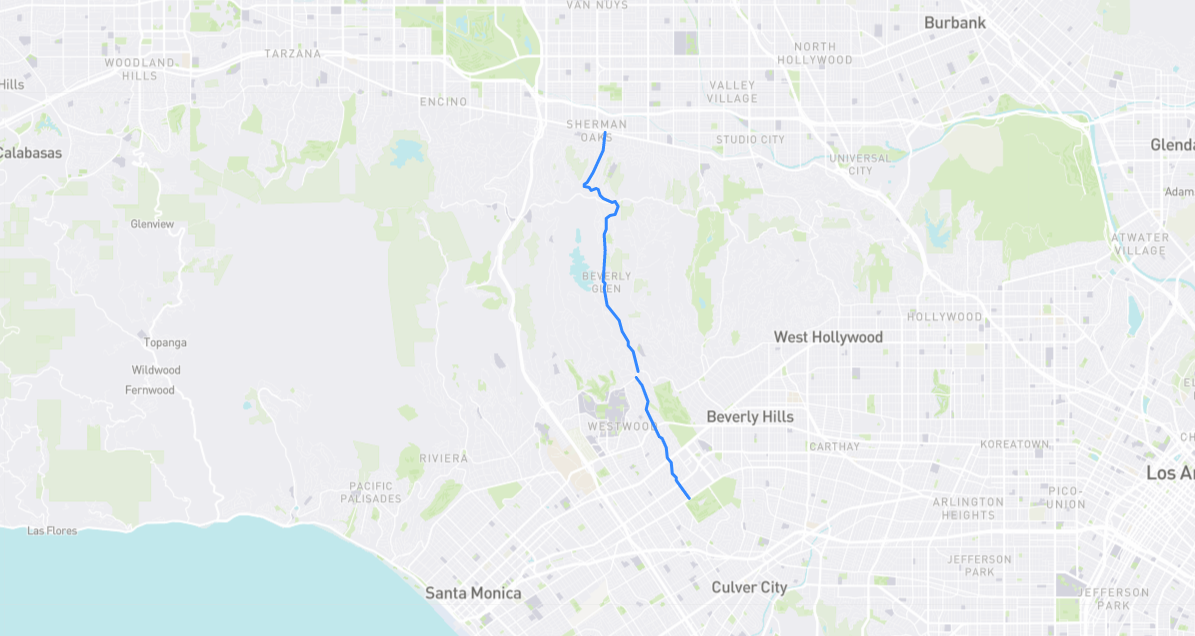