Harry C. Hilts (1892-1961) was a civil engineer who worked for the Janss Investment Corp., the owners and developers of Westwood and Holmby Hills. (It’s claimed that many streets in this part of town are named for Janss employees; as yet, I could only determine this one and Wilkins.) The Toronto native worked for Janss for thirty years, beginning in 1922. In fact he was one of the first residents of the very neighborhood he helped lay out, although ironically he never lived on Hilts Avenue (named in 1924) but on Selby, then Manning. After retiring from Janss, Hilts worked as a TV and radio repairman. He remained a Westwood/Holmby fixture until his death. 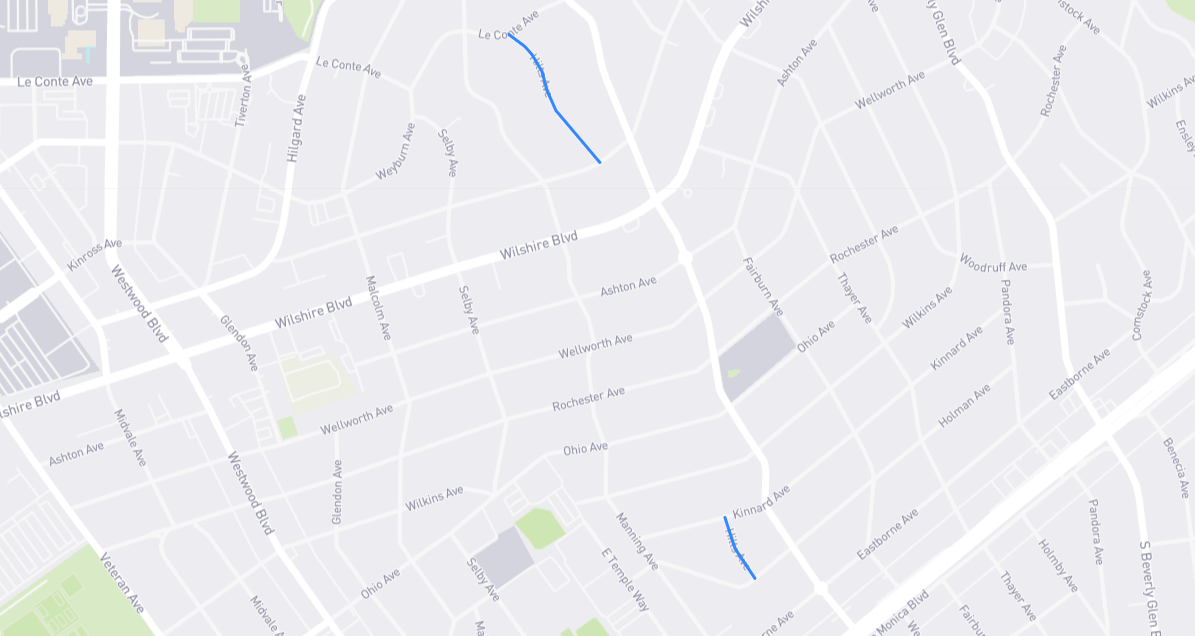