Humorist Will Rogers (1879-1935) was famous for his plainspoken Oklahoma wisdom – “I never met a man I didn’t like” – but he was also an Angeleno. Born near Oologah, Cherokee Nation (pre-Oklahoma statehood), Rogers developed his lassoing skills on the family ranch. By 1903, he was performing in Wild West Shows as the “Cherokee Kid”. His rope tricks took him to vaudeville (he first performed in L.A. in 1913), then to Broadway with the Ziegfeld Follies, where he started incorporating droll monologues into his act. Rogers was a bona fide star by 1916, and Hollywood soon lured him out west. Rogers and family moved to Beverly Hills, where he was named honorary mayor by real mayor Silsby Spalding, but in 1924 he also bought 186 acres of scenic Palisades property for $400,000. (It eventually grew to 359 acres.) He finally finished his house and moved in with his family in 1928, but their Palisades idyll was short-lived: Rogers was killed in an airplane crash – see Will Rogers Street – and his widow Betty bequeathed house and land to California when she died in 1944. It soon reopened as a State Park. 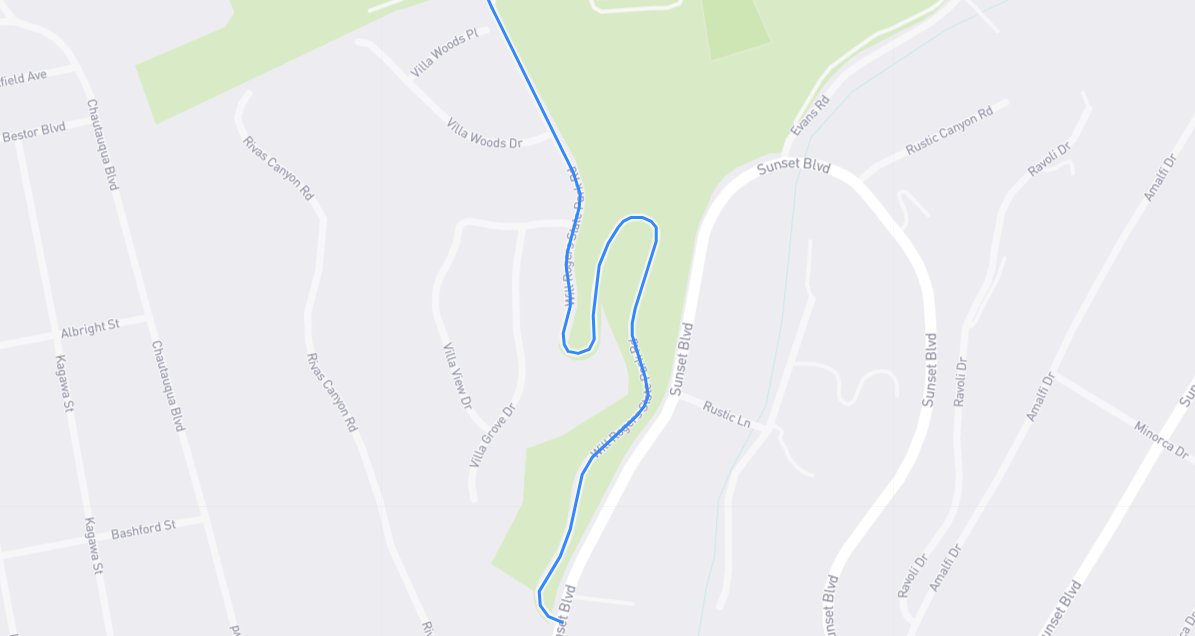