The name references La Fayette Square, the nearby housing tract laid out in 1912 by real estate maven George La Fayette Crenshaw and his son Charles. Yet La Fayette Road wasn’t squeezed in until 1921, apparently on non-Crenshaw land. As for “La Fayette”, it’s surely taken from George and Charles Crenshaw’s shared middle name – although one source insists that the Crenshaws in fact named the tract after the Marquis de Lafayette. (I wouldn’t bet on that!) Today, many people spell the street, neighborhood, and Crenshaw middle name “Lafayette”, one word. But the more reliable sources I found, such as Charles’s signature, had it as “La Fayette”. 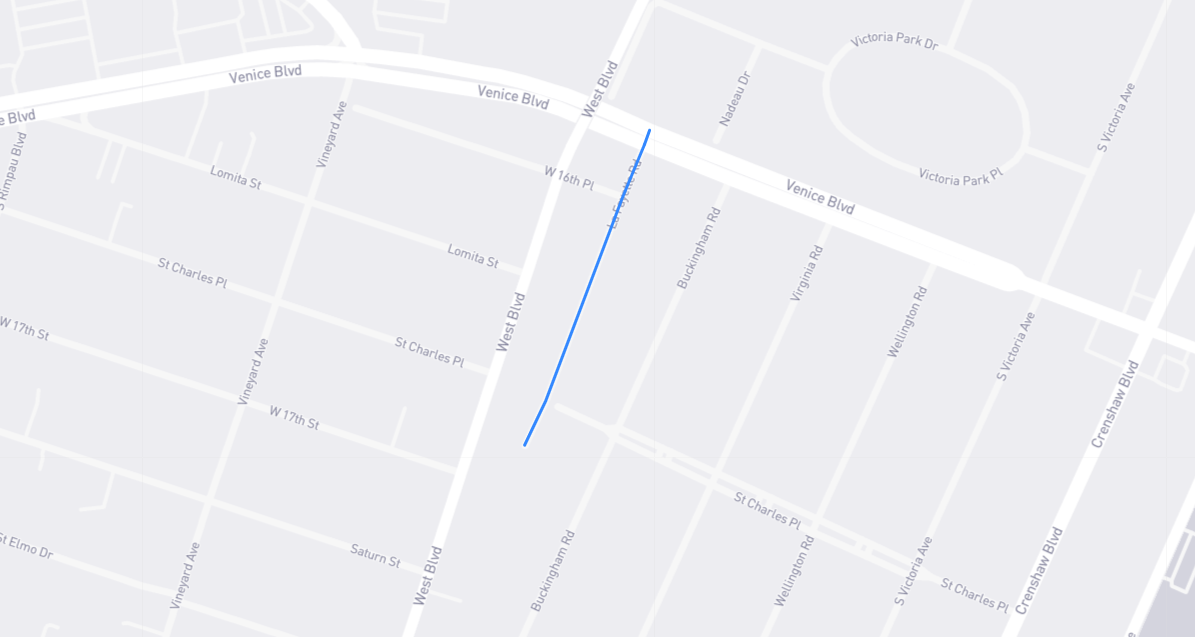