Elijah J. Curson (1845-1902) was an Englishman who immigrated to Illinois, married a West Virginia native named Anna F. Little (1848-1932) in 1867, then moved to the then-new city of Lincoln, Nebraska, where Anna’s father Samuel served as mayor. The Cursons – with Anna’s parents in tow – settled in Los Angeles c. 1881. Here Elijah became a jack of all trades, presiding over coal mining interests, a dried fruit company, a barbed wire business, and a vineyard. Samuel W. Little, who also had his finger in many pies, deeded his son-in-law 91.72 acres of Rancho La Brea in 1891: once the Cursons’ apricot orchard, it’s now the northern terminus of their namesake street. Interestingly, a totally different street was christened Curson Avenue shortly after Elijah’s death; it’s now Orange Drive, right in the heart of Hollywood. Our current Curson Avenue was named in 1905, four years after the family sold off half their land. Funereal footnote: Elijah’s tombstone reads “Curzon”, as does their son Albert’s (who went by that surname in life), while Anna and their son Samuel have “Curson” on their graves. 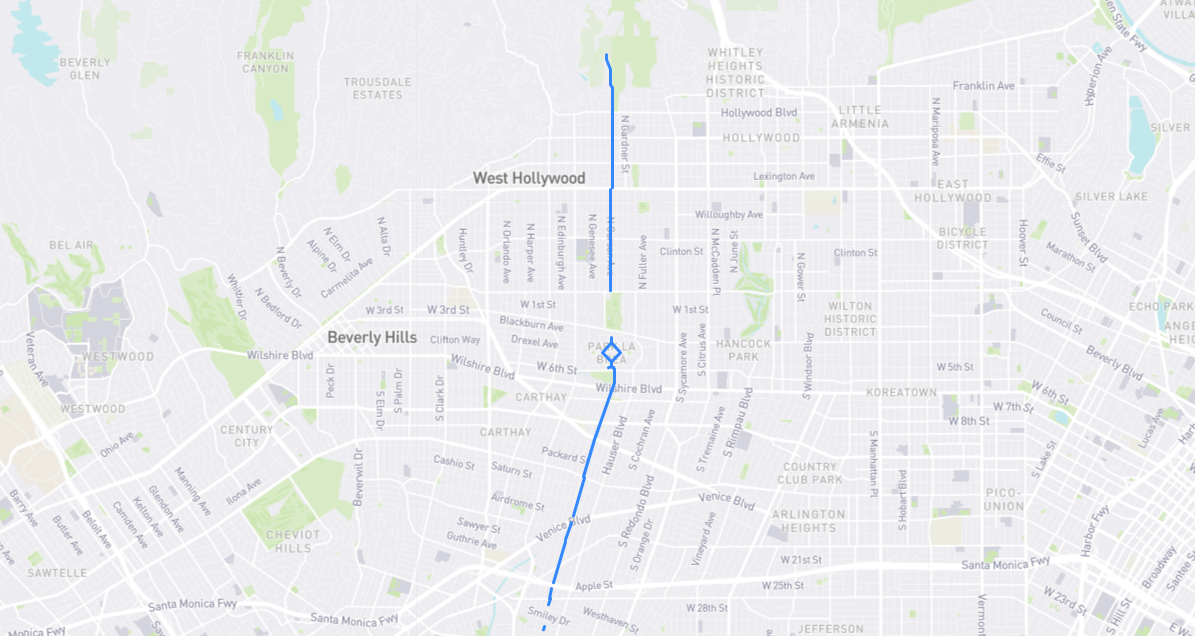