This street, christened in May 1923, derives its name from the then-famous local soprano Ellen Beach Yaw (1868-1947), despite the misspelling of her nickname “Lark Ellen”. It might have been more directly inspired by the Lark Ellen Home for Boys, a dormitory for orphaned and/or poor newsboys that was named for Yaw in 1897 after she helped finance it through a benefit concert. (She would give many such concerts for the Home over the years.) First located in DTLA, then in Cypress Park, the Lark Ellen Home opened its 5 acre Sawtelle branch at present-day Olympic and Corinth in December 1923 after a year of fundraising. One may well wonder if the Home was originally meant to be here on Larke Ellen Circle, but I found no evidence. See Covina’s Lark Ellen Avenue for more about Ellen Beach Yaw. 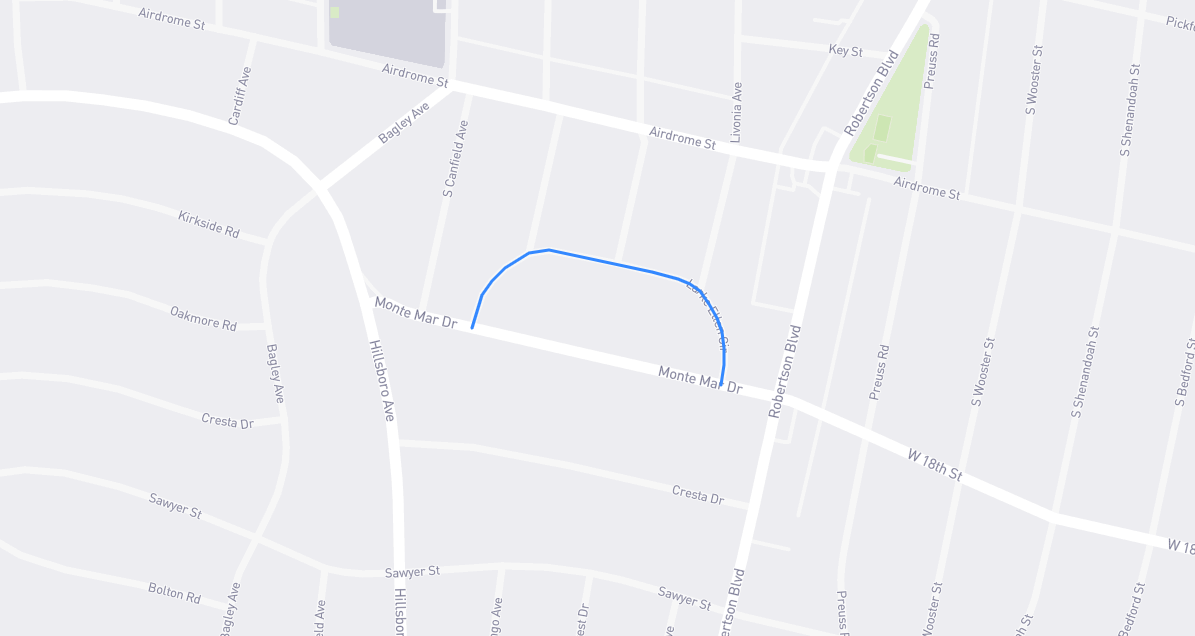