It’s obviously a portmanteau of “Beverly” and “Wilshire”, but while Beverwil branches off from Beverly Drive, it doesn’t connect with Wilshire Boulevard. So what gives? Well, the street was laid out in early 1924 on the Wilshire Heights tract, run by the short-lived firm of Cline-Smith-English. Even in its infancy, Beverwil never reached Wilshire: the tract’s boundaries were Beverly, Pico, Roxbury, and Olympic (still called Country Club Drive at the time). But the Wilshire label had a lot of clout, and “Beverwil” certainly sounded better than “Beverpic” or, um, “Bevercount”. Wilshire Heights existed for less than two months before Cline, Smith, and English parted ways. The tract was reborn later in 1924 as Beverly Hills Heights, sold by ubiquitous realtor Frank L. Meline. Smith – that is, Ray C. Smith – stuck around as the tract’s sales manager, hence Smithwood Drive. Beverwil’s extension south of Pico began in 1942. 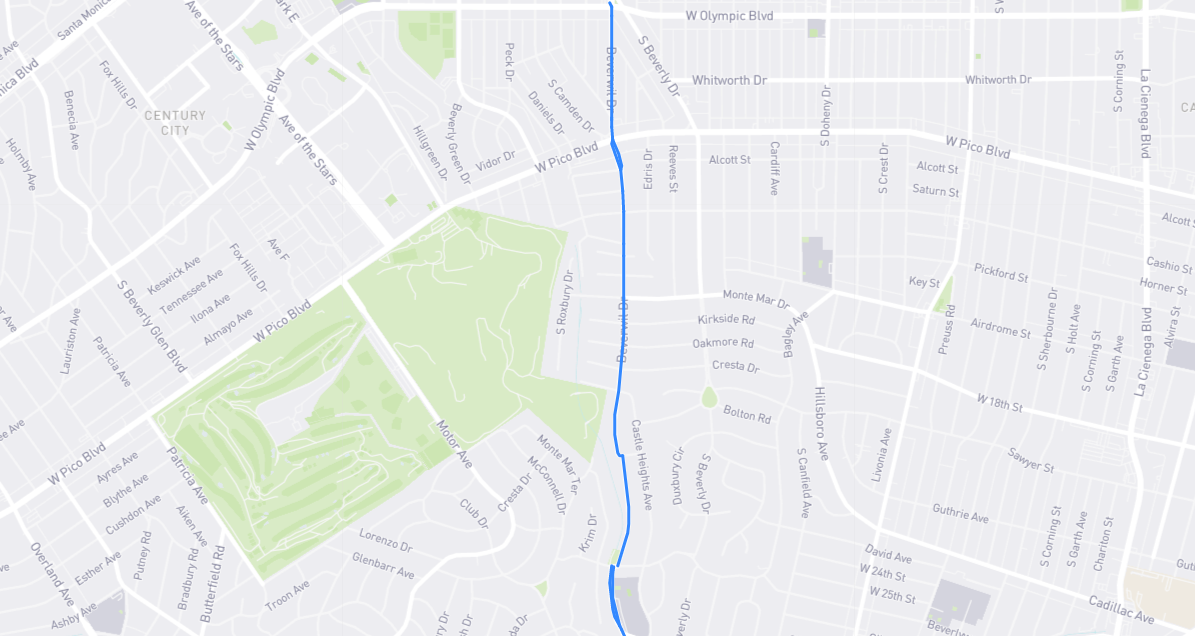