Named in 1922 for Dr. Joseph Alphonse Le Doux (1856-1940) and/or his family. Le Doux was born in either France or Quebec – public records disagree – and came to Los Angeles with his wife and kids in 1886. Two years later, he became a surgeon at the French Hospital, a position he held for eleven years. (Located in today’s Chinatown, the French Hospital was founded in 1860 to treat L.A.’s French citizens; renamed Pacific Alliance Medical Center in 1989, it was finally shuttered in 2017.) Le Doux Road was probably named by real estate king Clifford C.C. Tatum, who developed much of the southeast corner of Beverly Hills and was married to Le Doux’s daughter. No ordinary housewife, Blanche Alice Le Doux Tatum (1884-1965) was VP of her husband’s firm. For more on C.C.C. Tatum, see Charleville Blvd. 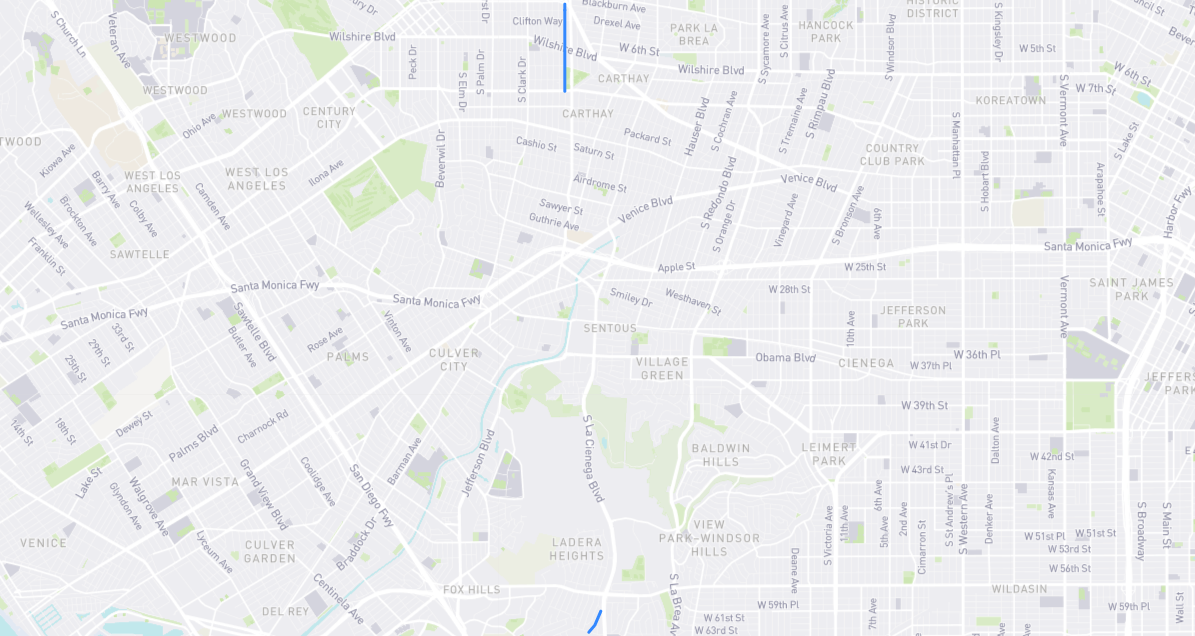