No relation to the city of Whittier. Mericos H. “Max” Whittier (1867-1925) was a Maine potato farmer turned California oil tycoon. A partner of Burton Green’s since 1894, he cofounded the Rodeo Land and Water Company, which developed Beverly Hills. Whittier lived in a mansion on Sunset Boulevard and promoted the replacement of the street’s Pacific Electric Railway tracks with a bridle path in 1923. (The path lasted until the 1940s; now it’s just a grassy median.) Whittier Drive, down the street from the mansion, was named in 1930. Risqué postscript: In 1978, Saudi Sheik Mohammad al Fassi bought Whittier’s mansion and caused a stir when he had the classical statues out front painted in realistic flesh and hair tones. Yes, they were nudes. 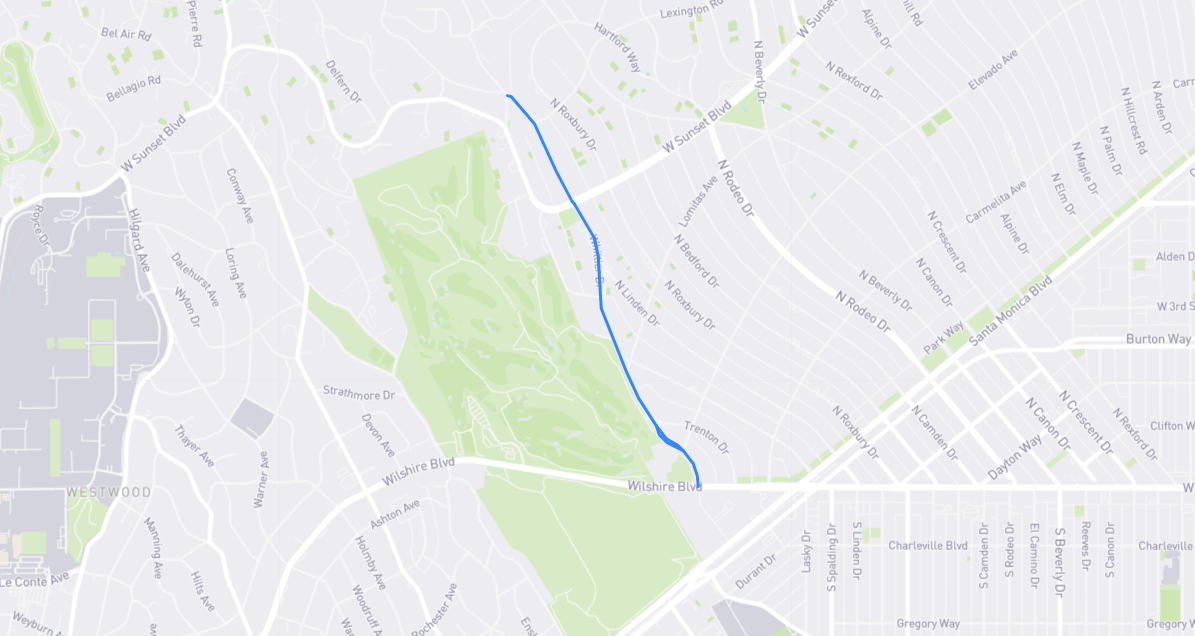