Lemp’s namesake is unknown. The street was christened on a 1923 tract between Vanowen and Kittridge, but I found no one named Lemp associated with the tract – or indeed, in any local directories or newspapers of the era. That doesn’t mean one didn’t exist, of course. As an outside guess, the Lemp Brewery in St. Louis, once one of the largest in the county, had shut down in 1922 due to Prohibition. (Owner William J. Lemp Jr. then committed suicide, as his father and sister had each done years earlier – an unhappy family, to be sure.) It’s possible that whoever named our Lemp Avenue was a former St. Louisan or just a beer lover. 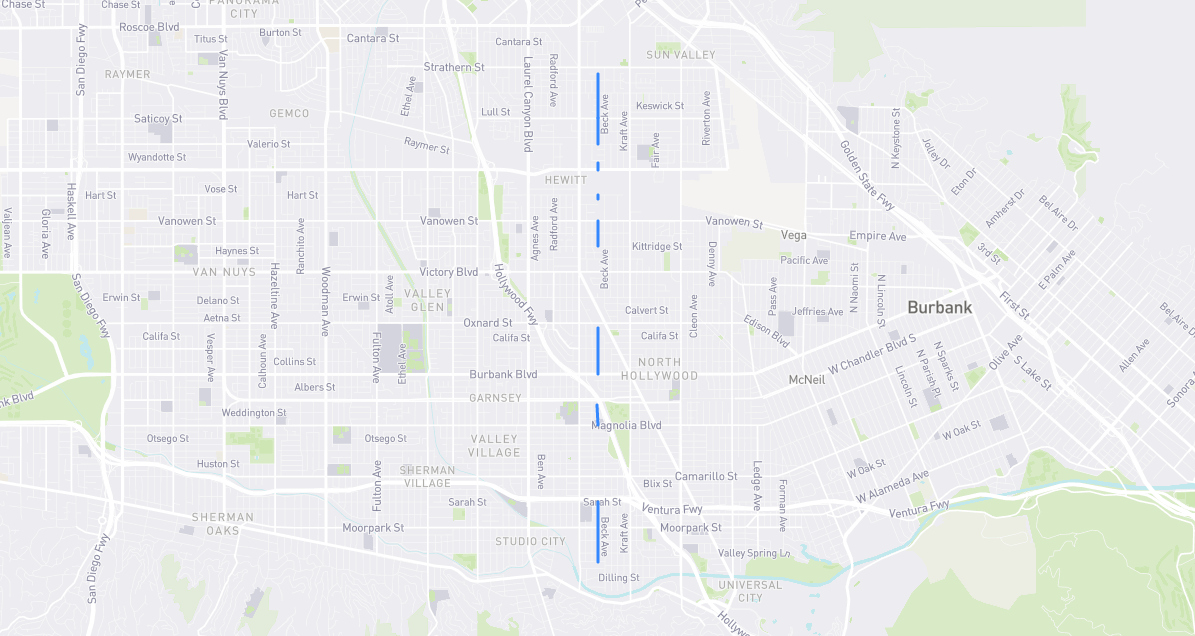