The Bakmans – German-born widow Dollie (1842-1913) and her six kids – were a farming clan from Ohio who came to Toluca in the 1880s. They apparently followed eldest child Christine (1867-1915), who got married here in the spring of 1888. To give you a sense of how rural this area was back then, in 1904 two of the Bakman boys were arrested for letting their cows poop in the L.A. River. One of those boys, Dan (1877-1932), would become the most prominent member of the family, as a partner at the Bank of Lankershim and as a driving force behind the creation of Riverside Drive. Bakman Avenue, christened in 1924, is named for him if not for the Bakmans in general. And since every family has a black sheep, I must mention Dan’s nephew Daniel Frederick Bakman (1898-1939), who made headlines in 1930 when he killed his wife’s lover with a shotgun blast to the abdomen on present-day Barham Boulevard. He was convicted of manslaughter and sent to San Quentin. In 1936, after his release, he kidnapped and sexually assaulted a NoHo woman. For that he was sent to Folsom, where he had a heart attack and plunged 15 feet into a prison quarry. 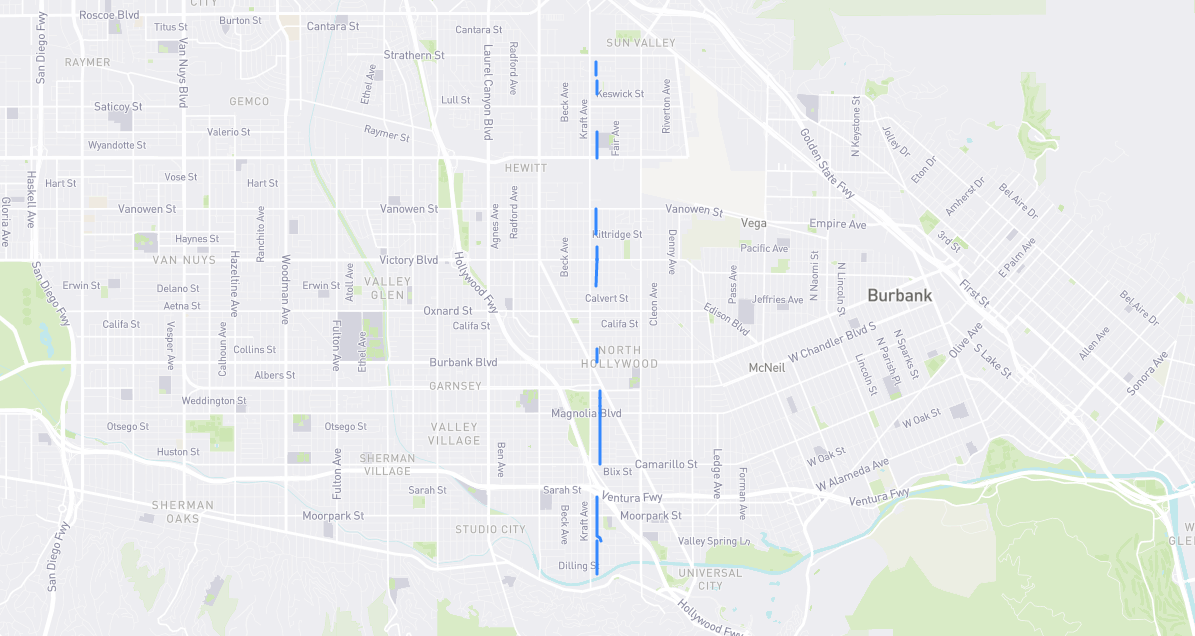