The popular trail that hikers call “Fryman Canyon” is technically in Wilacre Park; the actual Fryman Canyon Park is on Mulholland. Regardless, both canyon and road are named for Harmon Christian “Harry” Fryman (1876-1946), an Ohio lad who came to L.A. in 1893 and made his name in the hotel industry, from bellboy to manager to full-fledged hotelier. (His Hotel Hayward, on Spring Street, still stands as the Hayward Apartments.) By the mid 1920s, Harry Fryman owned more than 1,000 acres here; in 1939, he developed, with Donald Barker, part of it into an upscale housing tract called Briarcliff Manor. Fryman Road was named in 1941. By the way, while some have claimed that Wilacre Park was named for “silent movie star Will Acres”, there was no such person. The name – etymology unknown – comes from a company that owned the land in the 1970s. Previous owners include pharmacist Jules Viole, General Walter Perry Story, and the Lankershim Ranch Land & Water Company. It’s now owned by the State of California. 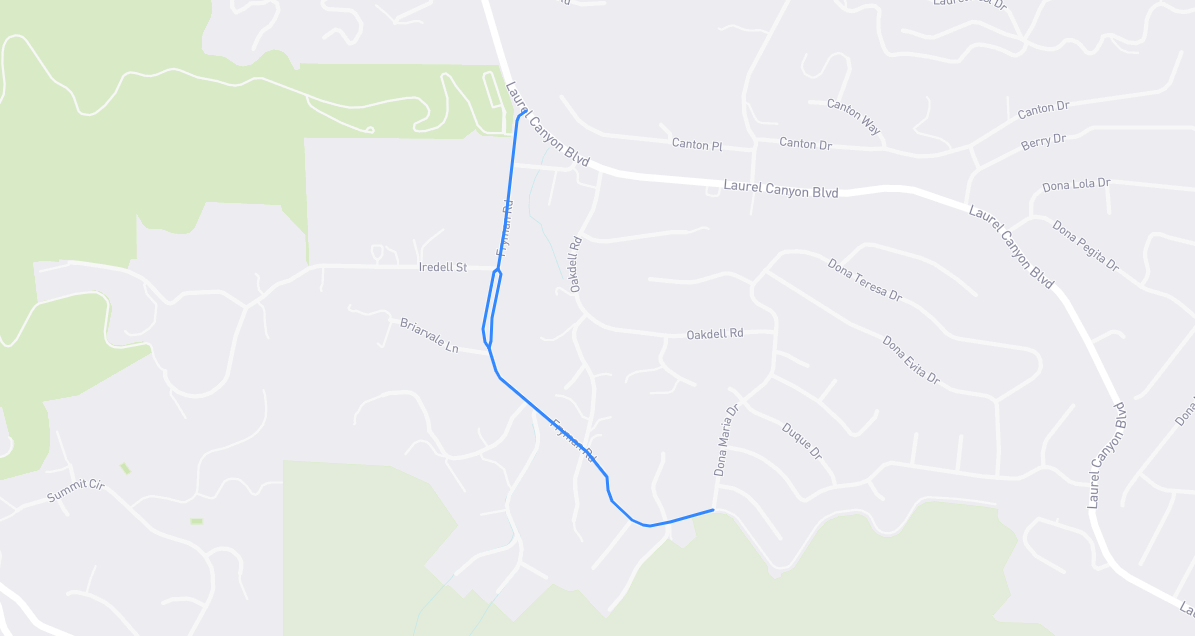