Named for one of two Lloyds. The likeliest candidate: Lloyd Milton Steele (1901-1981), whose father Frederick Lux Steele (1875-1962) was a WeHo real estate agent. At the time this street was named, 1923, the Steeles were living just one block north of here at Doheny and Elevado – and notably, WeHo’s portion of Elevado was christened Steele Place that same year. (It was renamed sometime after 1947.) The alternate candidate: Lloyd Brown, who ran a short-lived movie studio called the Silent Drama Syndicate, which bought 14 acres here in 1920. Brown’s name is on the 1923 tract map that introduced both Steele and Lloyd places. This street could very well honor both Lloyds! At any rate, Lloyd Steele was born in L.A., had a younger sister (Pearl Emma Phelan, a schoolteacher), graduated from what would become UC Davis, married Mary Elizabeth Thomas in 1936, and worked as a carpenter. He and Mary, who had no children, spent their final years in San Luis Obispo. 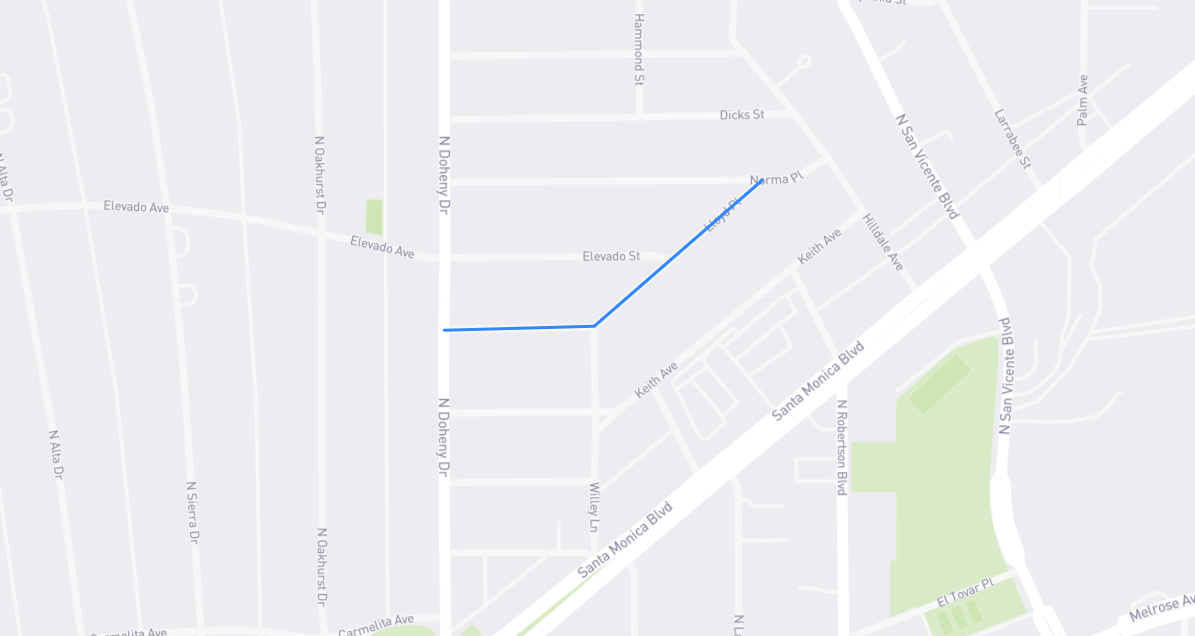