French painter Paul de Longpre (1855-1911) was Hollywood’s first tourist attraction. Born in Lyon, de Longpre’s oeuvre focused on realistic still lifes of flowers. He left France for New York in 1890 and his work soon made him famous across America. When he and his family moved to L.A. in 1899, Hollywood cofounder Daeida Wilcox Beveridge, eager to bring culture to her little town, sold him a corner lot at Hollywood (then called Prospect) and Cahuenga for cheap. She later gave him even more land in exchange for three paintings. It was a smart move: Not long after the de Longpre mansion was finished, in 1901, day trippers en route from downtown to Santa Monica – as many as 8,000 per month – stopped here to admire the artist and his vast gardens, effectively putting Hollywood on the map. De Longpre died in 1911, his wife Josephine and three daughters returned to France, and their celebrated house was torn down in 1927. The former Wilson Ave. was renamed De Longpre in 1912. 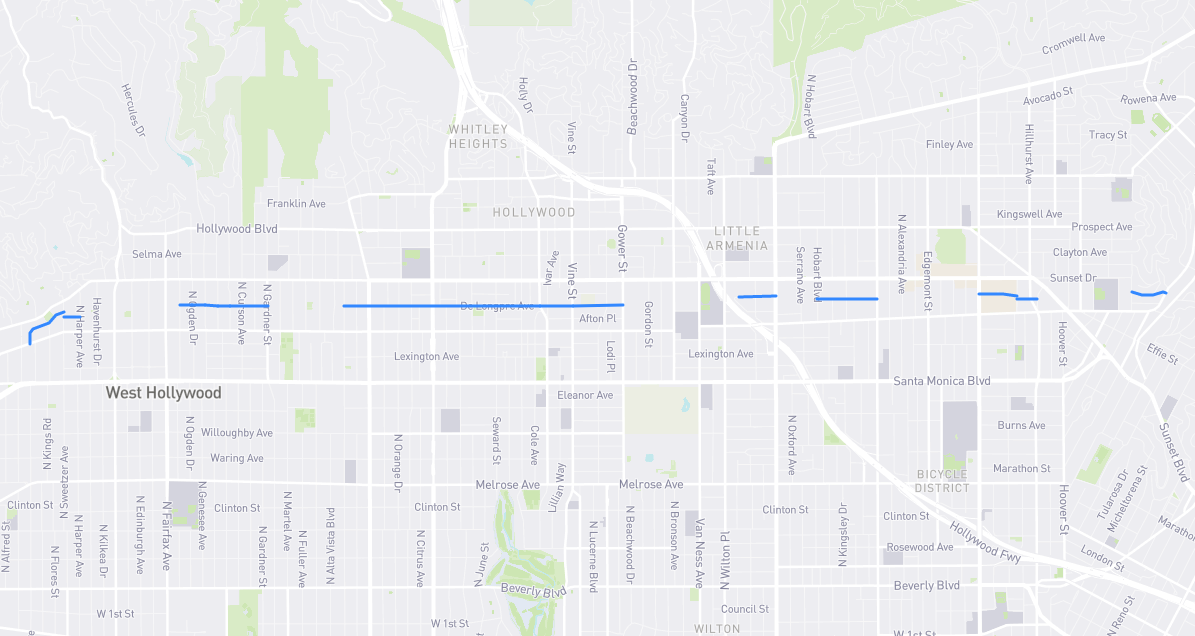