Allegedly named for civil engineer Linford Corey Lull Jr. (1891-1959). Lull was born in Kalamazoo, MI, where his father ran the Lull Carriage Company. The Lulls came to L.A. around 1904 to join its budding automobile industry. After Lull Sr. died unexpectedly in 1908, Lull Jr. forged his own path, graduating from Los Angeles High (where he was class president and a star football player) and earning two engineering degrees at Stanford. In 1918, Lull cofounded the Engineering Service Corporation, which laid the literal groundwork for countless homes (including those in the Hollywoodland development) and over 1,000 miles of streets. Lull never lived in the Valley, but this street was named for him in 1927. It began near Vineland and spread out from there. 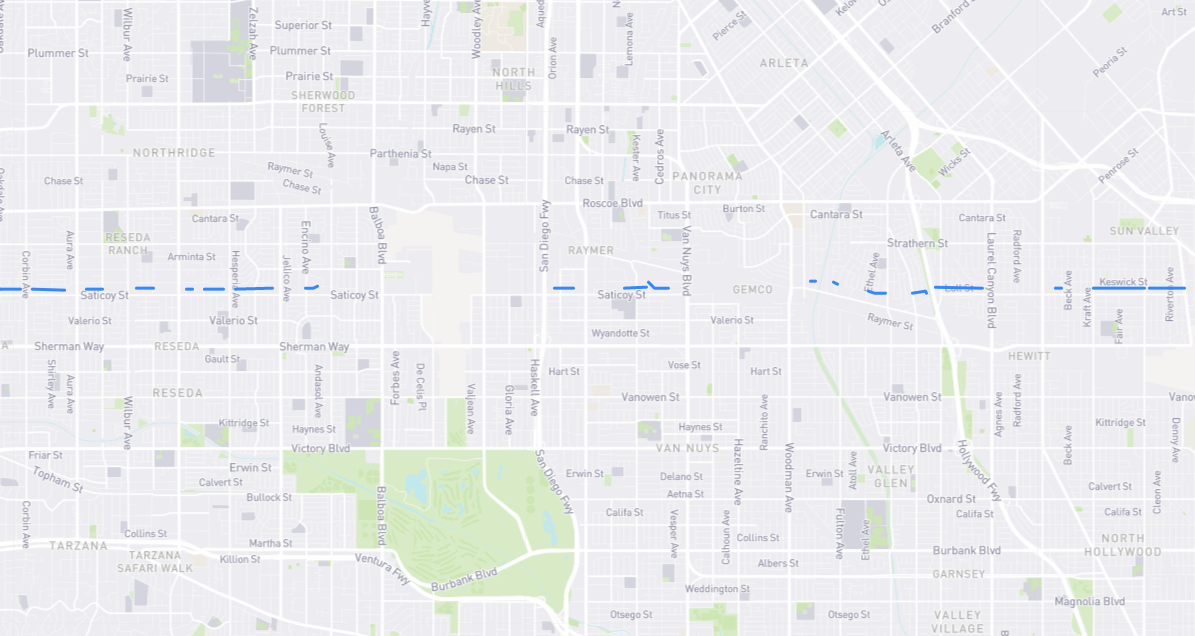