Realtor Henry Nelson Mabery (1875-1949) was born and raised in Winchendon, MA. In 1905, he and his songwriter wife Margaret came to California, hoping the mild climate would soothe Margaret’s chronic ailments. They settled in the Westgate area (now Brentwood), where Mabery made big sales across the burgeoning Westside. (Mabery Road was named by 1912; it’s unclear if Mabery himself owned the land here.) Alas, Margaret died in 1909: a sad little want ad from 1911 had Mabery seeking “furnished bungalow in Los Angeles, by single man.” By 1914, when he married San Francisco actress Clara Spray Phipps (1879-1964), Mabery was extremely wealthy. (They divorced around 1936; he married a third time.) Mabery lived on his eponymous tract in Silver Lake (see Westerly Terrace) for many years, although he ultimately wound up in a small house in Mid-City. 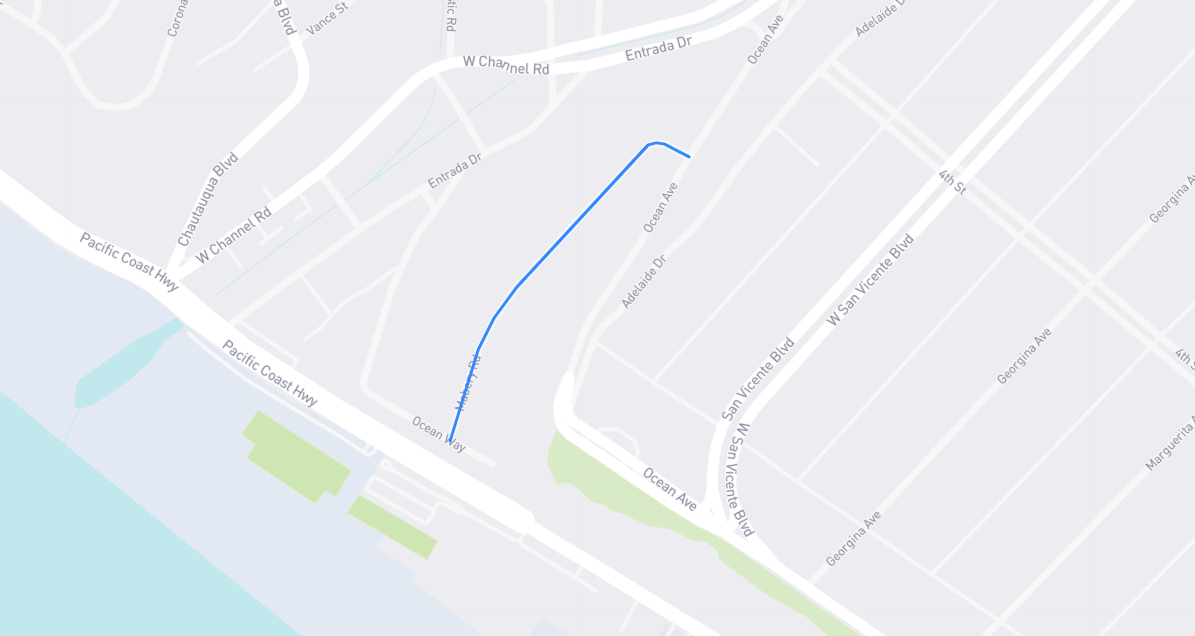