(Warning: A jumble of names and dates ensues.) Westerly Terrace was born Elza Avenue in the 1903 Sunset Heights tract, and was named for tract owner Elza Lee Allen (1863-1923). (He also named Angelus Avenue.) Six years later, Henry Nelson Mabery purchased 37 acres here from George S. Patton and the Ozro Childs estate and expanded Elza, adding Elevado Street and Hamilton Way in the process. In 1922, the Sunset Boulevard Terrace tract was set up here by über-developers C.F. DeWitt and John H. Blair, who finally dubbed this street Westerly Terrace in 1924. Why did it take two years for them to make the change? Maybe to pair the street up with Easterly Terrace, which was named in 1923 by other developers. 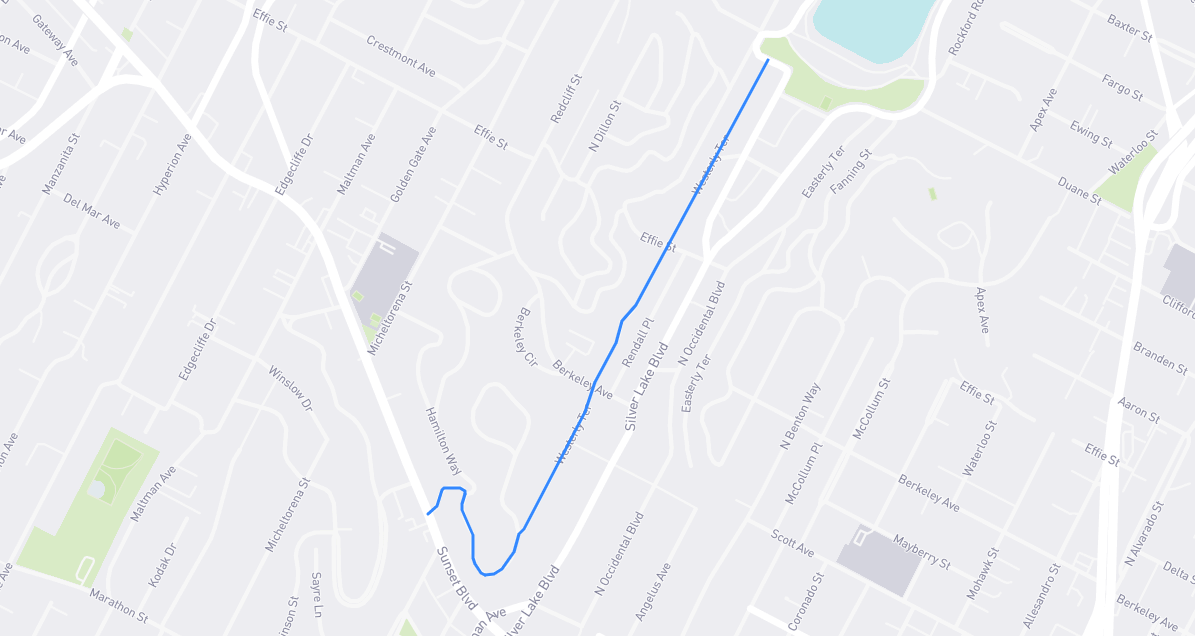