Walter George McCarty (1882-1956) built the iconic Beverly Wilshire Hotel. An Iowa native, McCarty came to Los Angeles as a child and established a real estate agency in 1905. He married Mary Ward the following year but took up with a “strikingly beautiful” young widow named Florence Barr in 1913; his wife found out two years later and sued him for divorce – then sued Barr over property that McCarty had secretly transferred to her. This led to a fracas in 1918, with Barr literally beating on the ex-Mrs. McCarty in court. (Strikingly beautiful indeed!) Months later, McCarty and Barr quietly wed. McCarty was a millionaire by 1923, when he started buying up and developing Beverly Hills south of Wilshire – first with 400 acres east of the Speedway (see Durant Drive), then with the Speedway land itself. McCarty Drive was named in 1924; the Beverly Wilshire opened six blocks away in January 1928. McCarty sold the hotel in 1944 but lived there for the rest of his life, even marrying his 38-year-old secretary Ethel Lane there in 1952, three years after Florence died. In his day, Walter G. McCarty was most famous for his racehorses: he cofounded the Hollywood Park racetrack and kept a huge stable in Chatsworth. 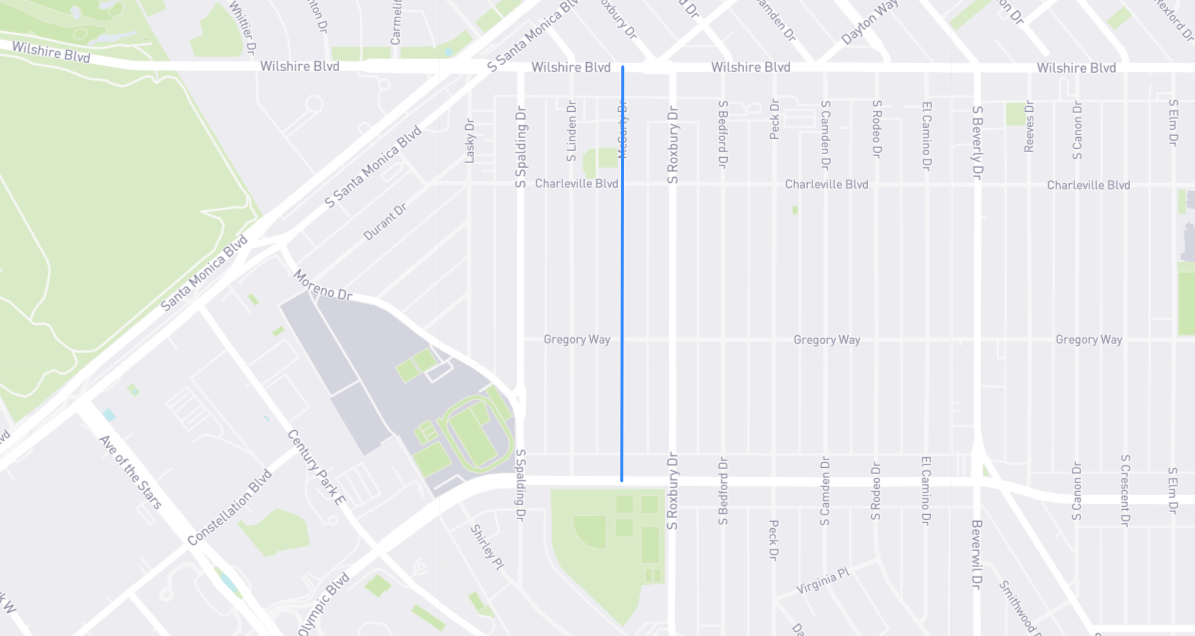