Let’s cut to the chase: Is it pronounced “canyon” or “cannon”? Well, cañon is Spanish for “canyon”, and this street – one of the first in Beverly Hills, named in 1906 – honors the canyons in the nearby mountains. (In fact English-speaking Angelenos regularly employed the Spanish spelling in those days.) In short: it’s officially Cañon Drive, so you should say “canyon”. However, more recent street signs have lost the tilde (~) over that first n, and thus many folks have been misled into pronouncing it “cannon”… to the degree that you would now get weird looks if you said “canyon”! Say it anyway. 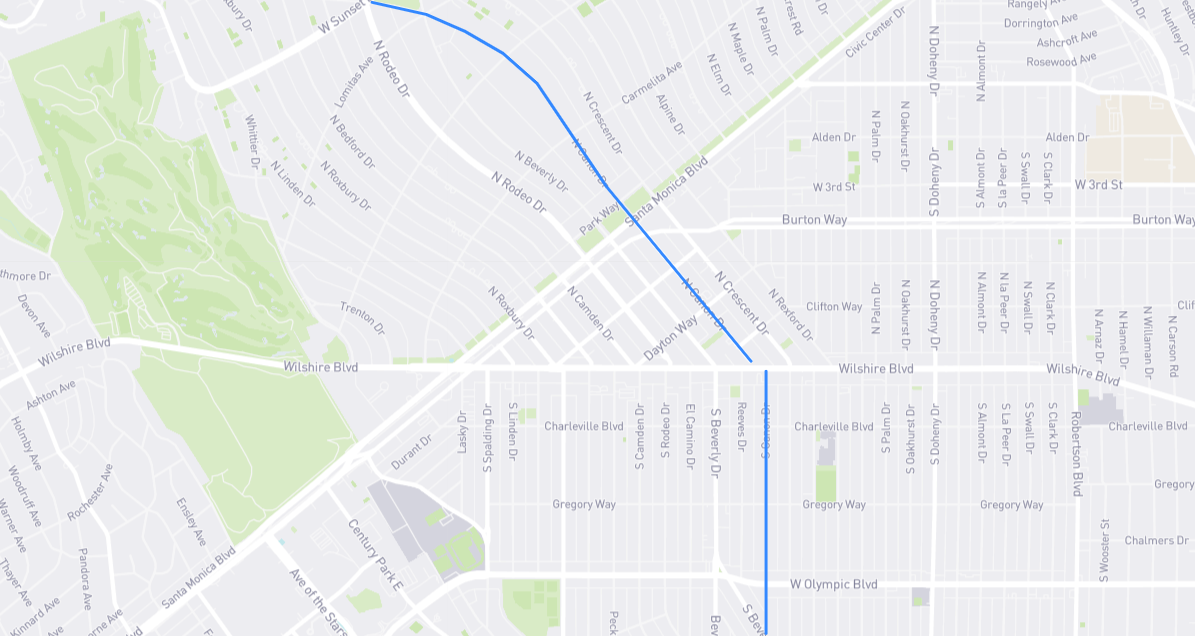