“Reevesbury” is a portmanteau of “Reeves” and “Pillsbury”, the two landowners who named this street in 1924. Both were prominent Beverly Hillers: Jack William Reeves (1890-1965) was the son of British horticulturalist John J. Reeves, who lined the city’s streets with trees (see Reeves Drive). Arthur Clifton Pillsbury (1889-1966), who was married to Reeves’s sister Doris, was a New England transplant who became BH’s first city engineer. But he was better known for his role in car racing: he designed the 1920 Beverly Hills Speedway (see Durant Drive) and its Culver City successor and officiated at countless races. For 27 years, Pillsbury also served as AAA’s regional director. Reeves and Pillsbury sold this land to J.D. Millar in 1927; he subdivided it as Beverly Oaks. 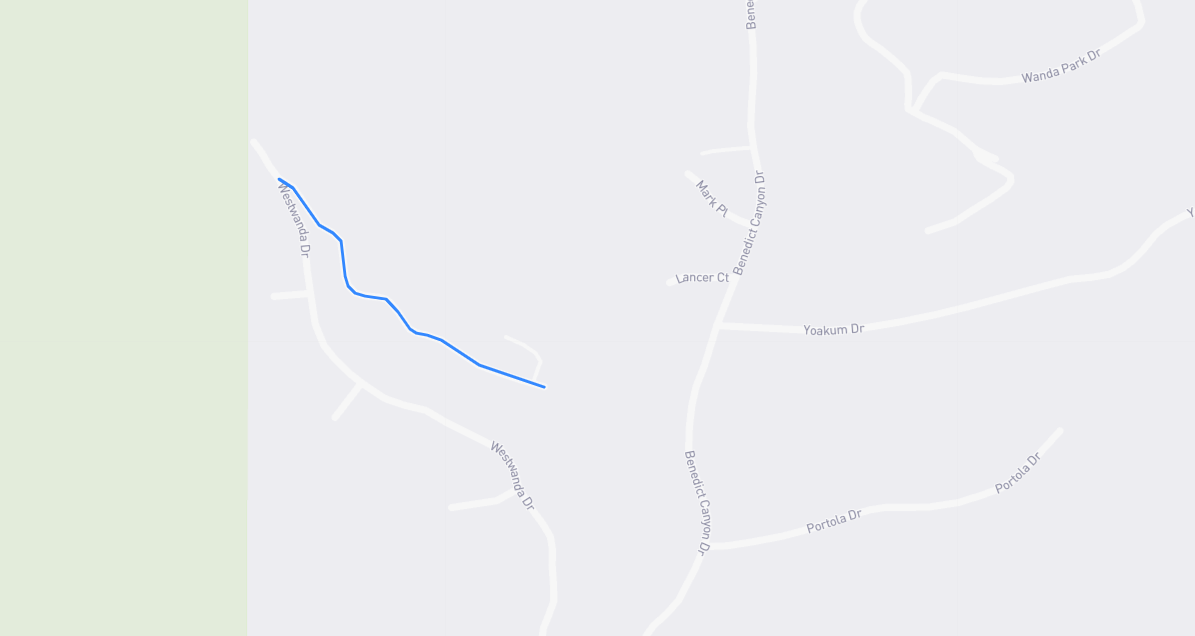