Attorney John Dustin Bicknell (1838-1911) was one of the most respected Angelenos of his day. Born in Vermont and raised in Wisconsin, Bicknell went out and got a good taste of the Wild West – wagon trains, gold rushes, etc. – before heading back to the Badger State to obtain his law degree. He moved to Los Angeles in 1872 to set up practice; as a property title lawyer in the expanding city, Bicknell got very busy… and very rich. This inevitably led to him branching out into banking, oil, mining, and real estate (he helped found both Monrovia and Azusa). In 1875-1876, a Santa Monica summer cottage was built for Bicknell, his wife Nannie, and their daughters Edna and Mary, where Ocean Avenue now meets their namesake street. Bicknell Ave. was named by 1892, if not earlier. 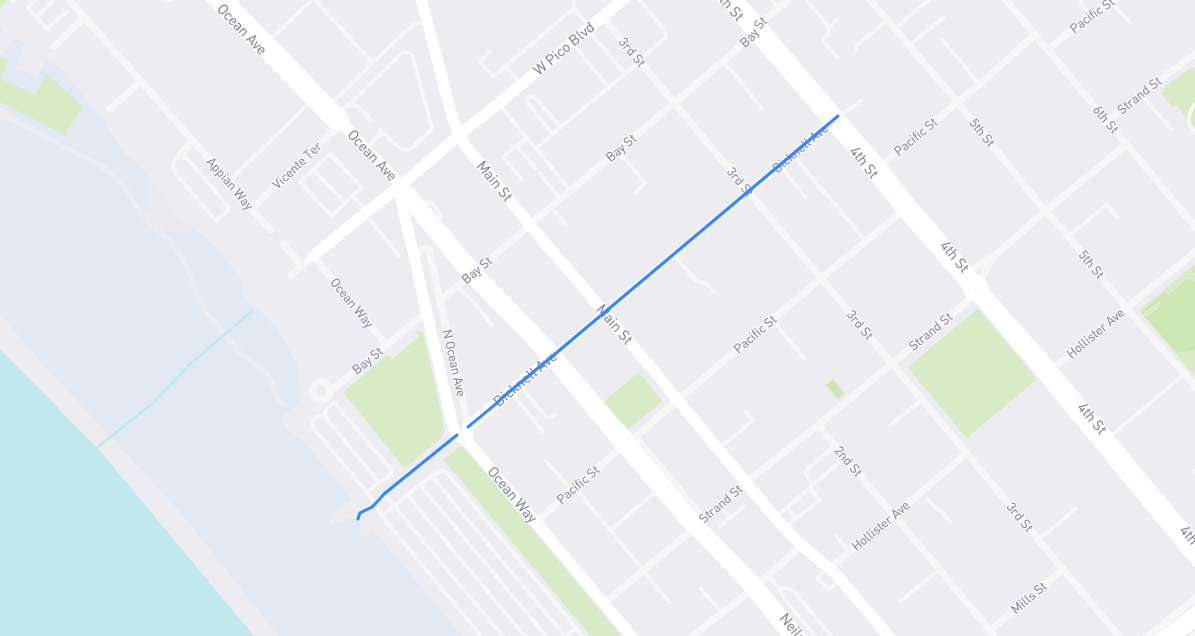