This pun on bella vista, both Spanish and Italian for “beautiful view”, takes its name from Nella Wilde Mead (1874-1965), whose husband William (1862-1927) subdivided the posh Hillhurst Park here in 1912; this street was named two years later. Nella Mae Wilde was born in Le Mars, Iowa, then came to Los Angeles with her family in 1886. (Her father John cofounded the First National Bank of Monrovia.) After she married William Mead in 1896, she was evidently very much involved in his real estate dealings: she was listed as a co-owner of many of his properties. As the Meads had no children, they established the Mead Housing Trust, a nonprofit foundation to assist lower-income families with purchasing homes, as their legacy. 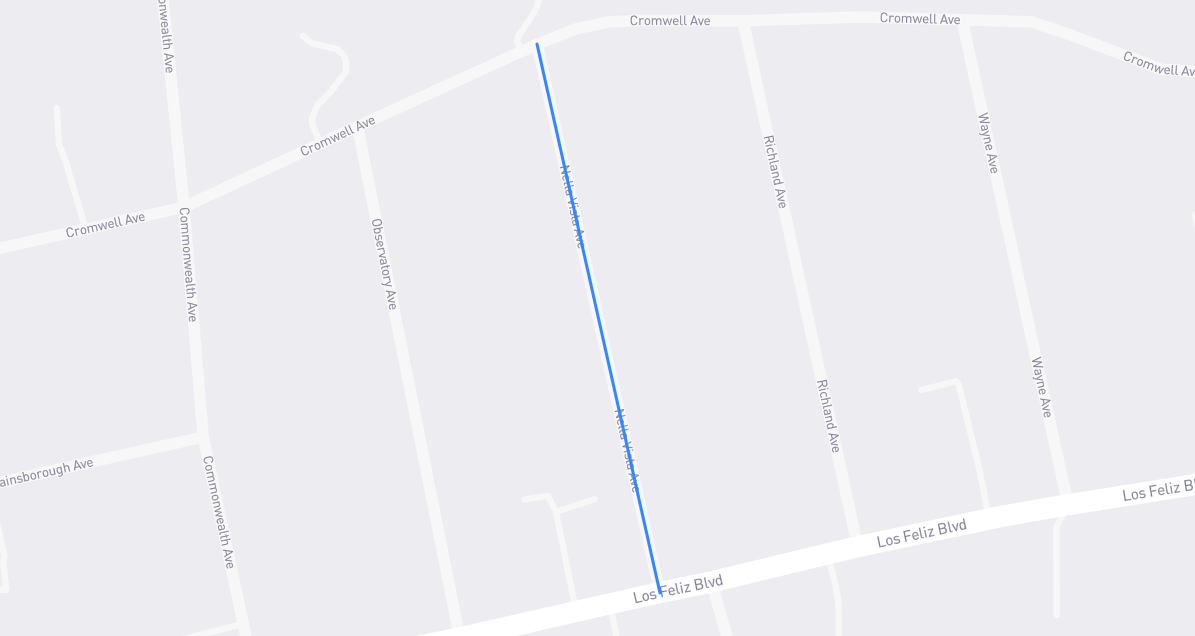