Many people wrongly believe that Talmadge Street is named for silent screen actress Norma Talmadge (1894-1957). They claim that when Vitagraph, the movie studio that made Talmadge famous, opened their lot on Prospect in 1915, they christened the cross-street in honor of their star. It’s a swell idea, but the truth is that a chunk of Hoover was renamed Talmadge in July 1911 – while Vitagraph was still settling into its first West Coast digs in Santa Monica and while Norma was just a teenage bit player in New York. So who or what is Talmadge Street named for? Shrug. Some have suggested the city of Tallmadge, Ohio (note spelling), but there’s nothing to back up that claim. P.S. Norma Place in West Hollywood wasn’t named for Norma Talmadge either, but the Talmadge neighborhood in San Diego definitely was. 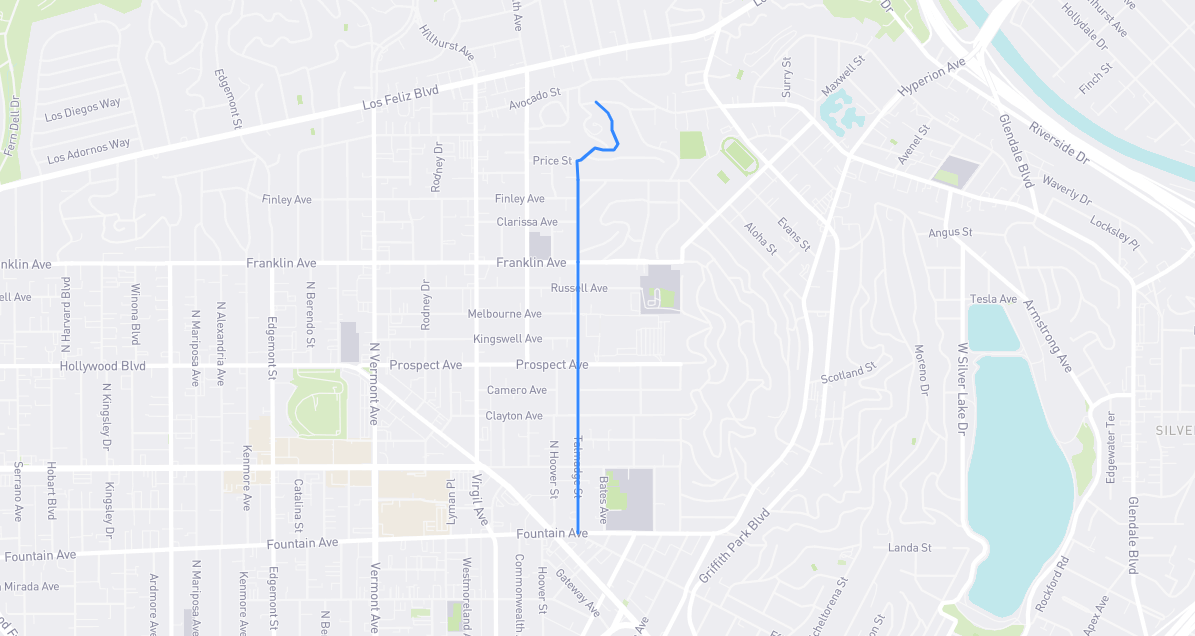