This minor street recalls a major Angeleno. Victor Ponet (1836-1914) was a Belgian cabinetmaker who came to Los Angeles in 1869. Initially selling picture frames, Ponet turned to a more lucrative career in 1873: building coffins. That same year, he married Irish immigrant Ellen Manning (1848-1919; her tombstone curiously reads “Helen”). Ponet expanded his business into undertaking and cofounded Evergreen Cemetery in 1887. All the while, he was amassing a fortune in real estate, including “Ponet Square” in DTLA, this land outside of Griffith Park, and a 200+ acre ranch in present-day West Hollywood, where the Ponets retired c. 1899. The wealthy Victor was one of L.A.’s top citizens: among his many accomplishments, he served as Belgian vice counsel, presided over a bank, financed WeHo’s Saint Victor (go figure!) Catholic Church, and was knighted by the infamous King Leopold II. Ellen was no slouch either: she ran a successful millinery for years. After her parents died, the Ponets’ daughter Gertrude Montgomery and her husband Francis subdivided this park-adjacent land – Ponet Drive was named in 1922 – and transformed the WeHo ranch into Sunset Plaza, which is still owned by the family. The Ponets also had a son, William, who moved to St. Louis and became a priest. 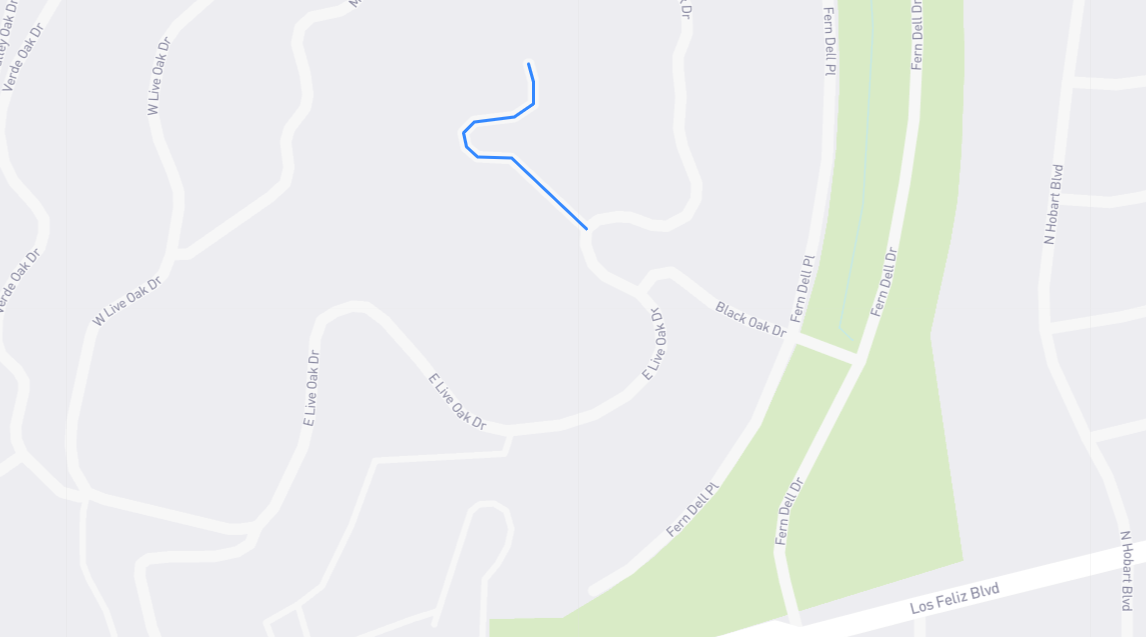