This street was born in 1884 as Rosedale Avenue because it led to the then-new Rosedale Cemetery. In 1898, real estate developer Edwin S. Rowley (1857-1934) successfully petitioned L.A. City Council to rename it Normandie Avenue: he apparently didn’t want to sell houses on a street named after a graveyard. I don’t know where he got “Normandie” from, or why he chose the French spelling over the more common English “Normandy” – Rowley hailed from Oshkosh, Wisconsin and wasn’t at all French. In the 1890s, the transatlantic steamer La Normandie, Washington D.C.’s Hotel Normandie, and the Jersey Shore resort Normandie-by-the-Sea were all well known, so one of them could have inspired Rowley. Normandie Ave. originally terminated at Pico; Irolo Street continued north from there. Even today, Irolo still interrupts Normandie. 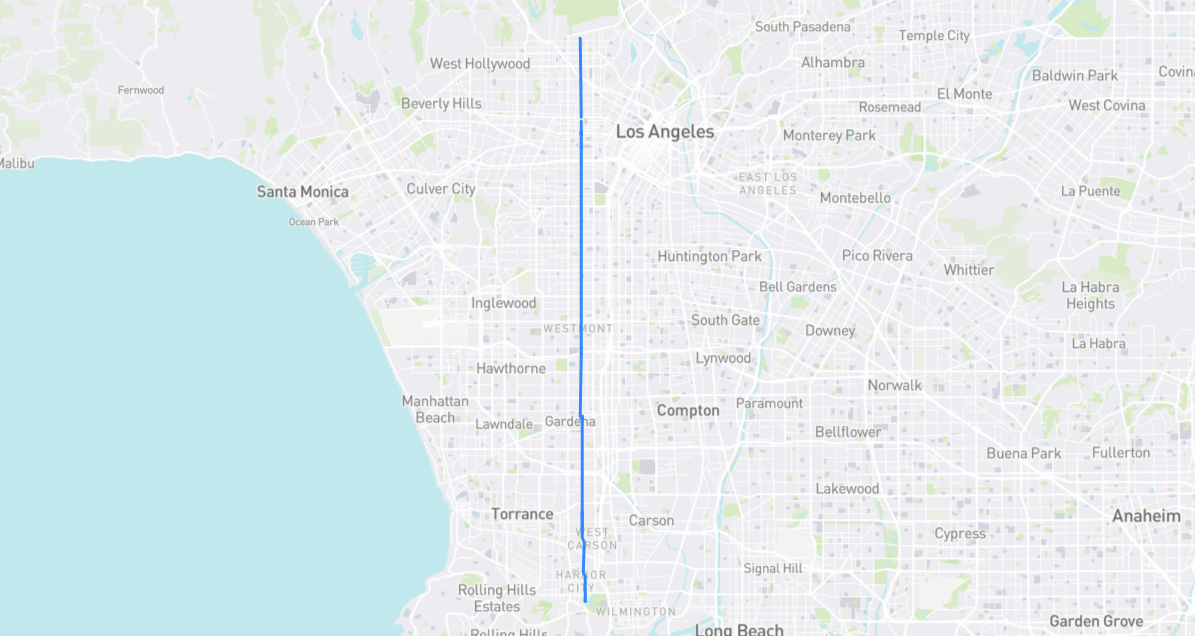