It only sort of means “swamp” in Spanish: ciénega more specifically refers to the kind of wetland system once common in Los Angeles, before development. Such wetlands existed at both Rancho Las Ciénegas, deeded in 1823 to Francisco Avila (1772-1832; his adobe still sits on Olvera Street), and the nearby Rancho La Ciénega o Paso de la Tijera. Spanish linguists will note that the word is properly spelled ciénaga. Presumably some early ranchero misspelled it, and the mistake became the rule. At any rate, La Cienega Boulevard was first announced in 1922, but it took at least six years just to complete the thoroughfare’s initial 4 mile stretch between Washington and Santa Monica boulevards. It reached its current 13 mile length in 1961. 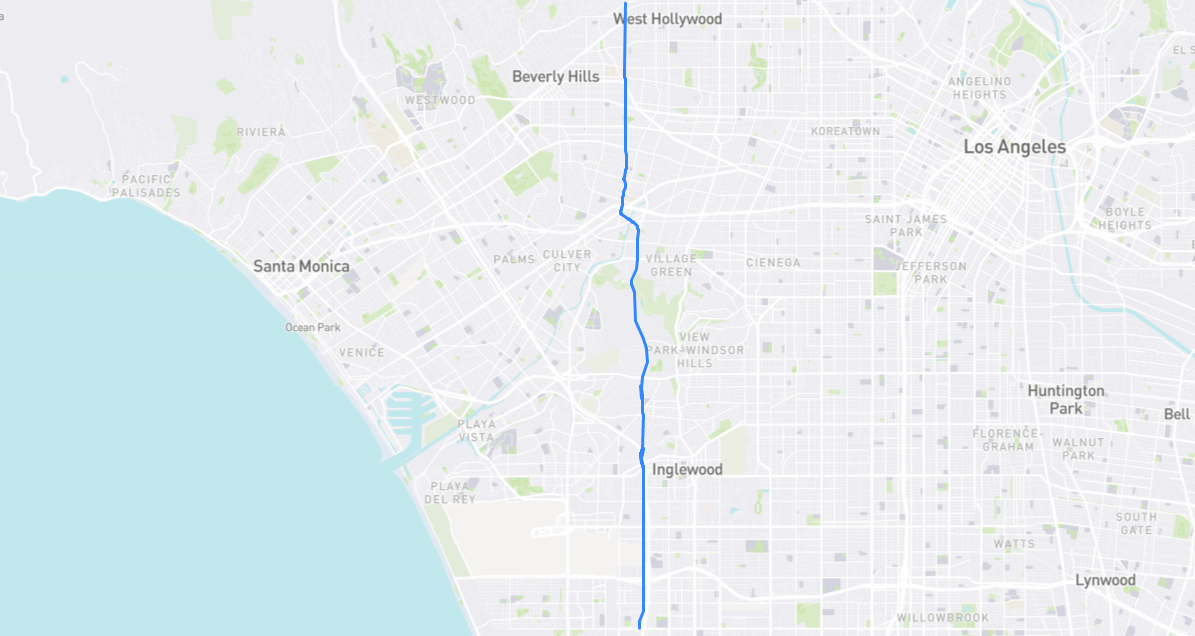