Named in 1937 in honor of Olmsted Brothers, the landscape architecture firm that laid out Leimert Park a decade earlier. Olmsted Brothers had a long history with Walter H. Leimert, the neighborhood’s developer: they’d worked for him in 1918 on the Lakeshore Highlands tract in Oakland (Leimert’s hometown) and were still working for him in 1945 on a tract in Altadena. Headquartered in Brookline, MA, Olmsted Brothers was founded by John Charles Olmsted (1852-1920) and Frederick Law Olmsted Jr. (1870-1957), sons of legendary landscape architect Frederick Law Olmsted (1822-1903), designer of New York’s Central Park, the Stanford campus, etc. John Olmsted died long before Leimert Park was established. It’s not clear if Frederick Jr. worked on any of Leimert’s projects personally, as his company employed dozens of people. 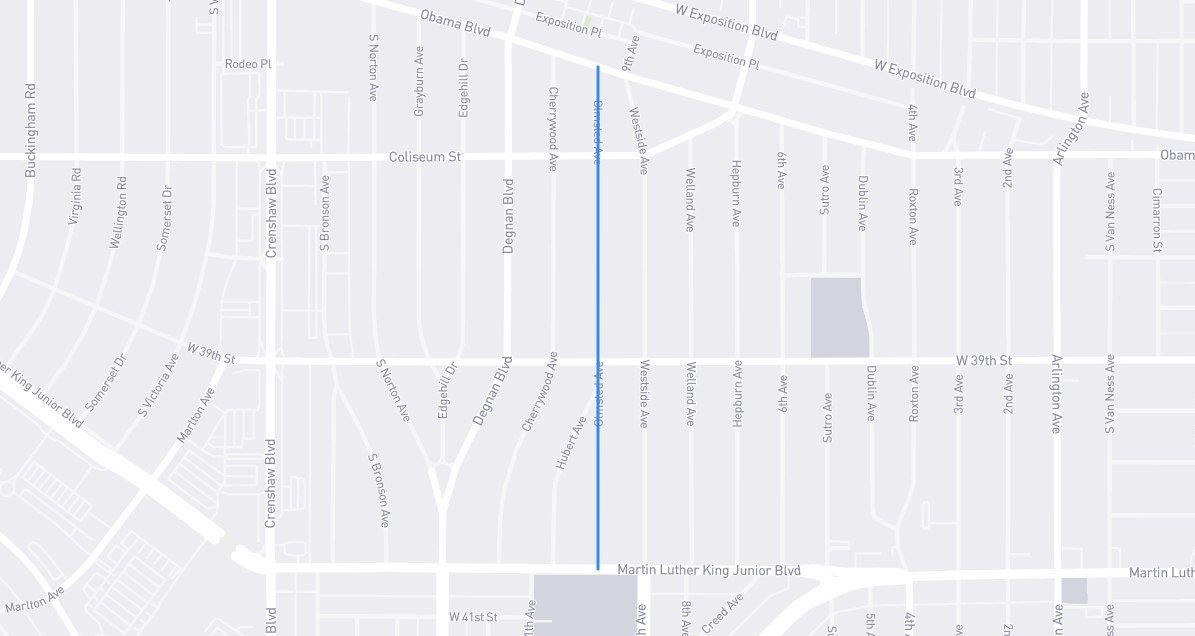