Named for Otis Freeman Bell (1861-1924), son of J.G. and Dolly Bell. Ma Bell died when Otis was three; Pa Bell, stepmom Susan (née Hollenbeck), and the kids moved from Missouri to L.A. in 1875 and settled in a ranch south of the city. (Otis was “badly gored in the groin by a young bull” here in 1879.) Said ranch eventually became the town of Bell. Whereas half-brother Alphonzo founded Bel-Air and sister Mary married A.F. Gilmore, whose Fairfax Avenue property is now home to The Grove and The Farmers Market, it seems Otis preferred the quiet life, spending his career working as a farmhand. Otis Avenue was first laid out in Bell before extending south, adopting the “Street” appellation as it crosses into South Gate. It was named in 1902, so it could have been for Otis Bell Jr. (1895-1990), although both Junior and Senior were living in Boyle Heights at the time. 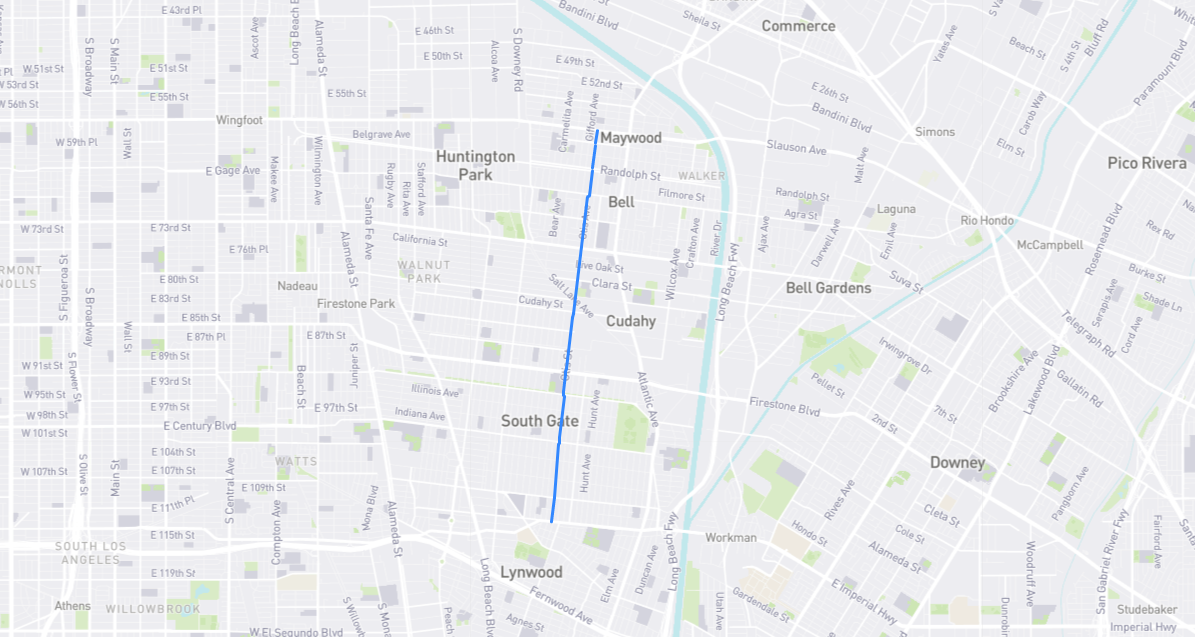