Named in 1977 as a playful homage to Rudy Vallée (1901-1986), the Vermont-born singer, actor, radio host, and rascal. Here’s the story: Six years earlier, Vallée, who lived on Pyramid Place in the Hollywood Hills, had tried to rename that street “Rue de Vallée” – a pun on his name, of course, but also legitimate French for “Valley Street”. The story made the news for years and surely inspired developer Ralph G. Garland (or one of his colleagues) to fulfill Vallée’s dream with a small street here in the Canyon Cove tract. Vallée’s reaction, if any, was not recorded. 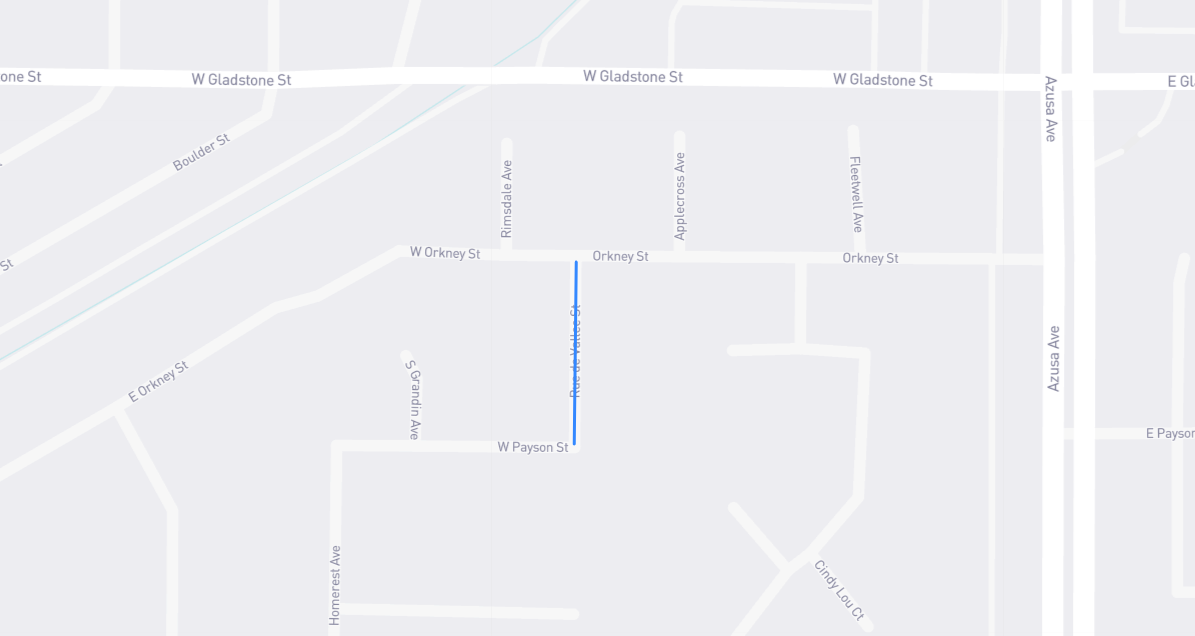