There are two possible namesakes for Paxton Street, named in 1885 on the gigantic Maclay Rancho tract. The first is Catherine Paxton Maclay (1824-1898), whose husband Charles Maclay founded the city of San Fernando and co-owned this very tract. Born Catherine Paxton Lloyd in Williamsport, PA, she married Maclay, a Methodist pastor, in 1851. Weeks later, the missionary board sent the couple to Santa Clara, CA to build a church. There Catherine raised six children – one died at 14 – while Charles got into state politics. The Maclays came to Southern California in 1874. Family ties aside, this street might actually be named for John A. Paxton, who ran the Los Angeles County Bank with Maclay Rancho co-owners Hugh L. Macneil and Robert M. Widney. Tellingly, the tract had streets named for other officers of the bank: Jonathan Sayre Slauson and John E. Plater. (Sayre Street lives on; Plater Avenue became Tuxford Street.) I found no biographical details about John A. Paxton. 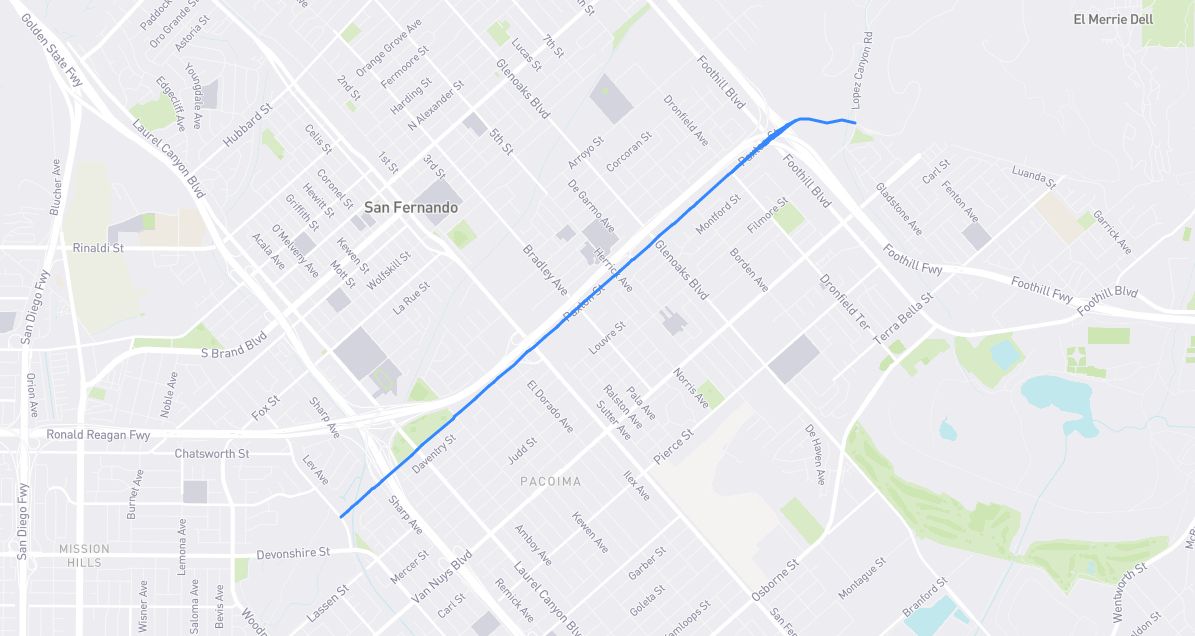