Glendora’s first set of north-south streets, all named in 1887, form a sort of biography of city founder George D. Whitcomb (1834-1914). Vermont Avenue honors the state where he was born. Ohio Avenue – since renamed Grand Avenue – was for where he grew up. Minnesota Avenue recalls his days in Saint Paul, MN, where he met and married Leadora Bennett. The Whitcombs lived in Pittsburgh, PA in the late 1860s, where George worked on the Westinghouse Air Brake: hence Pennsylvania Avenue. Wabash and Michigan avenues – the latter renamed Glendora Avenue in 1964 – were surely nods to famous thoroughfares in Chicago, where George made his fortune in coal mining machinery in the late 1870s. Finally, Vista Bonita Avenue shares the name of the ranch and home the Whitcombs set up here in 1885. 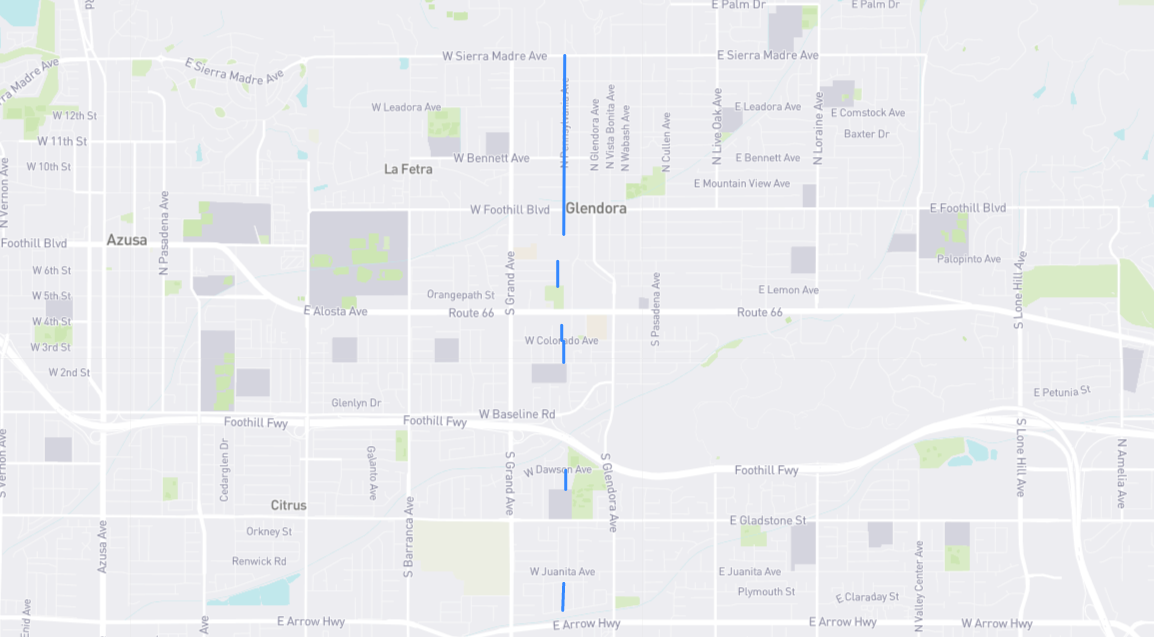