Not named for Pontius Pilate. More likely for David Willard “Dave” Pontius (1869-1955), Pacific Electric Railway executive. Born in Ohio, Pontius entered the railroad industry as a telegraph clerk in 1887. He then moved to San Francisco in 1891 to play in a brass band, but while music was his first love, trains paid the bills, so he worked for various California rail authorities for years. Pontius became VP and general manager of the Pacific Electric in 1921 and was appointed its president in 1929, succeeding Paul Shoup. He retired in 1937. This street became Pontius Avenue in 1925. It was earlier known as First Street, Shiloh Avenue (some Sawtelle streets were briefly named for Civil War battles; one still is), and 101st Avenue. 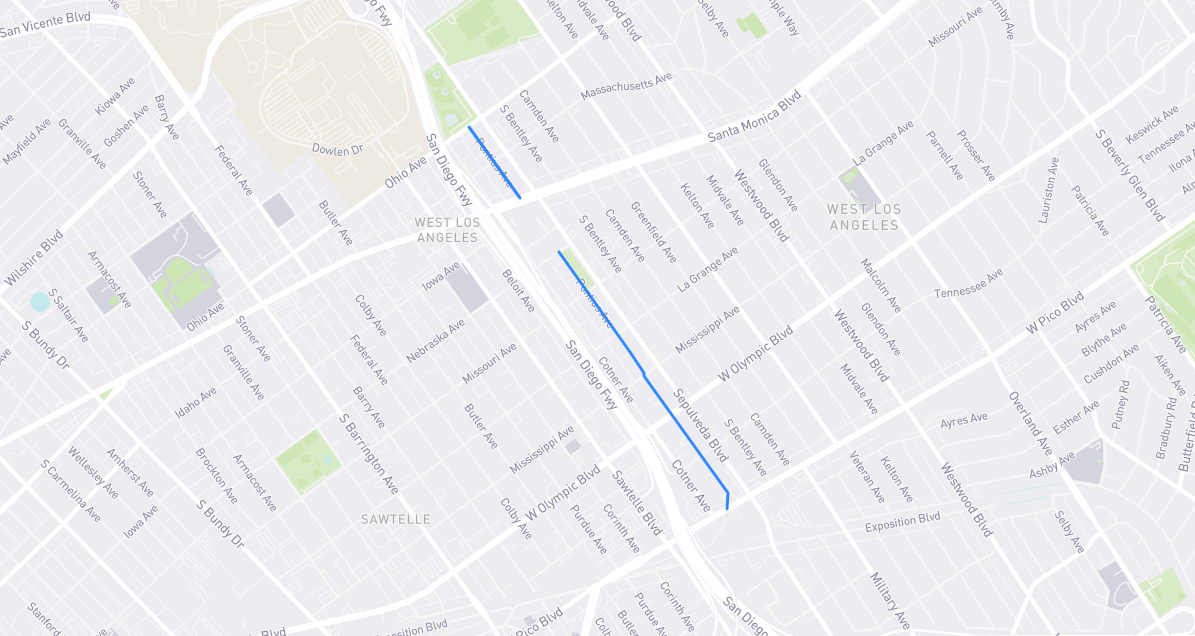